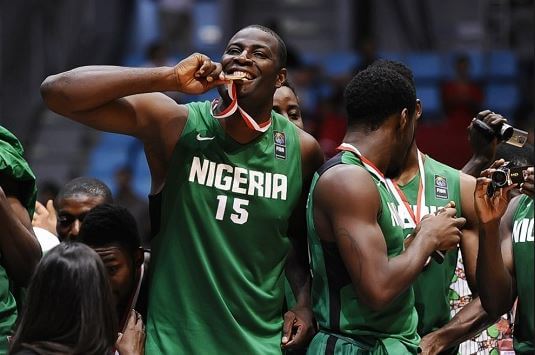 Nigeria on Sunday won the men’s FIBA Africa 3×3 Championship in Lome, Togo after beating Ivory Coast 21-9 in the final.
The women finished second after they lost 12-11 to Mali in their final.
The competition, which began on Friday, featured 13 countries. The men’s team has Azuoma Dike, Godwin David, Lucky Subel and Yahaya Abdul while the women’s team is made up of Nkechi Akashili, Deborah Nwakamma, Josette Anaswem and Nkem Akaraiwe.
Nigeria’s men won five matches enroute to becoming the African champions while the Ivorians and Madagascar finished second and third. Nigeria beat Madagascar 21-16 in their first game before beating Niger 21-10 and Benin 21-12. The team beat Egypt 21-14 in the semi-final and won the final 21-9.
Mali won the women’s category with Nigeria and Madagascar finishing second and third.
Nigeria win FIBA Africa 3×3 in Togo was last modified: November 6th, 2017 by Arinze Ago

I Met My Husband In The University 26 Years Ago – OGUN SSG’s Wife, FOLASHADE ADEOLUWA