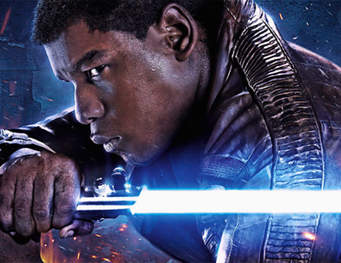 A Nigerian-born British movie star, John Boyega, is set to serve as the executive producer of a UK fantasy horror movie.

Titled ‘A Spriggan’, the movie is being produced by his Upper Room, a firm he co-owns with Femi Oguns MBE.

The new flick, ‘A Spriggan’, will be written and directed by Keir Burrows.

According to Deadline, the movie is about a recently widowed mother who returns to her father’s isolated hotel only to find a sinister folklore presence haunting the land.

Speaking of the new movie, Boyega said: “I’m really excited to be joining A Spriggan and the team behind it.

“In my producing projects, I’m looking for film-maker driven, world-building, cinematic pieces, and have found in Josephine Rose another producer who shares that creative vision and commercial ambition.

“We’re looking forward to working with Keir Burrows to explore the monsters of real-life through a dark, twisted, fairy-tale world of the Spriggan.”

The hero of ‘Detroit’ and ‘Star Wars’, is currently shooting Star Wars IX which is being helmed by JJ Abrams.