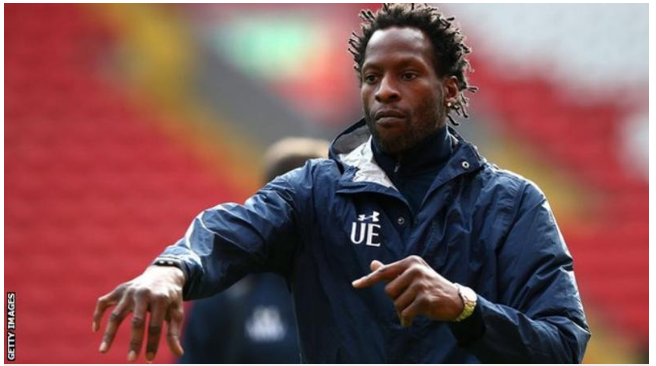 Former England and Aston Villa defender Ugo Ehiogu is in hospital after collapsing at Tottenham’s training centre on Thursday.

The 44-year-old Nigerian born, who is Spurs’ Under-23s coach, received medical treatment on site before being transferred to hospital by ambulance, the Premier League club confirmed.

“Everyone at the club sends their best wishes to Ugo and his family,” Tottenham added in a statement.

He made over 200 appearances for Aston Villa between 1991 and 2000 and then spent seven years at Middlesbrough.

He won the League Cup with Villa in 1996 and also with Middlesbrough in 2004.

Ehiogu, who was capped four times by England, also played for West Brom, Leeds, Rangers and Sheffield United before retiring in 2009.