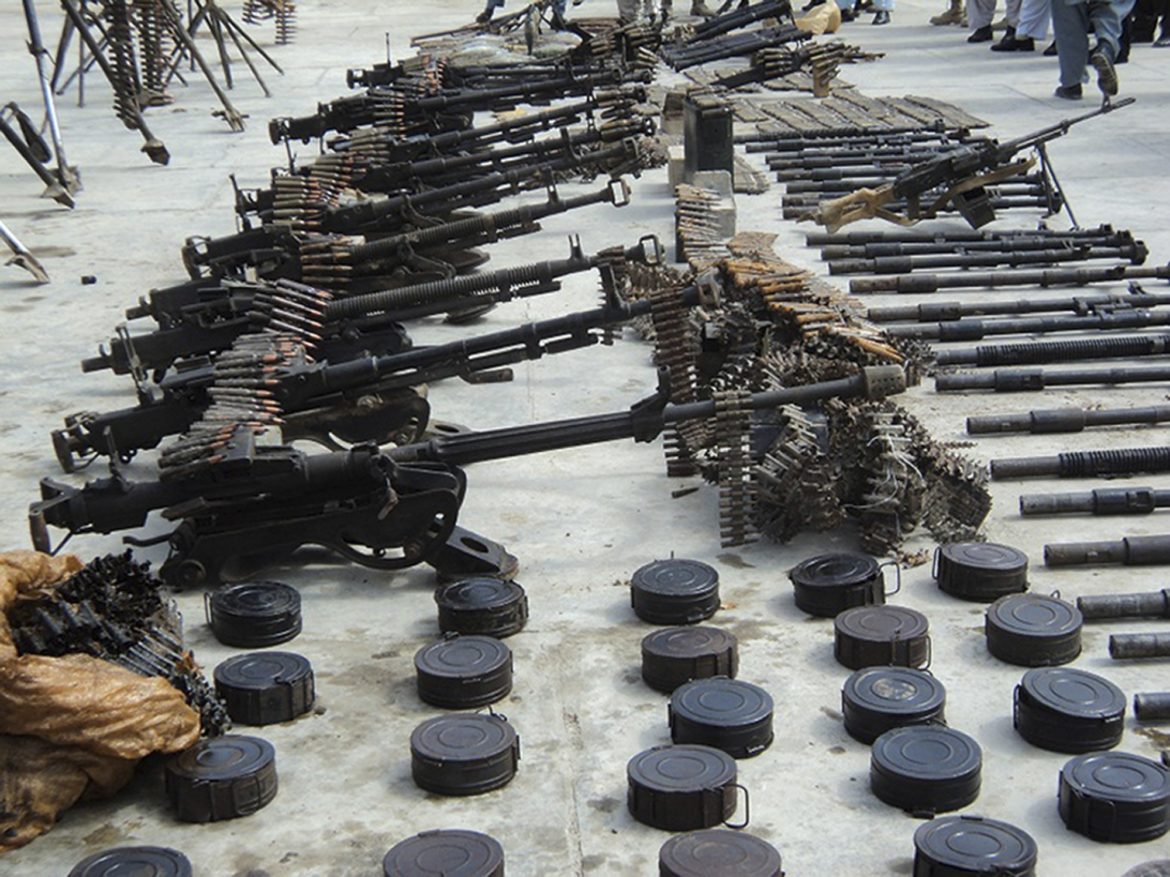 It also impounded 430 bags of rice valued at nine million naira, 1,160 bottles of codeine and 300 blister packs of tramadol.

The Comptroller of the Zone, Mr Kayode Olusemire, while displaying the seized items, said that three suspects had been arrested and would be arraigned over the seizures.

Olusemire said the drugs and camouflage were seized at Onitsha, Anambra, while the arms and ammunition were seized in Enugu.

He further said that the bags of rice were seized along Port Harcourt- Aba Road.

“The seizures are part of our effort to ensure that no act of smuggling happens in the zone, no effort will be spared to ensure the zone is cleared of nefarious individuals,’’ the comptroller said.

He condemned the activities of the smugglers, saying: “It is regrettable that despite all sensitisation efforts by the command, some people still engage in acts of smuggling, causing significant damage to the economy of the country.

“The arms and ammunition would have been used to carry out dastardly acts if not for the timely intervention of the customs officials,’’ Olusemire said.

He appealed to the public to cooperate with Customs officials to check the activities of the smugglers.

READ ALSO: REVEALED: HOW DIABETES CAN CAUSE CATARACT – EXPERT

Revealed: How Diabetes Can Cause Cataract – Expert