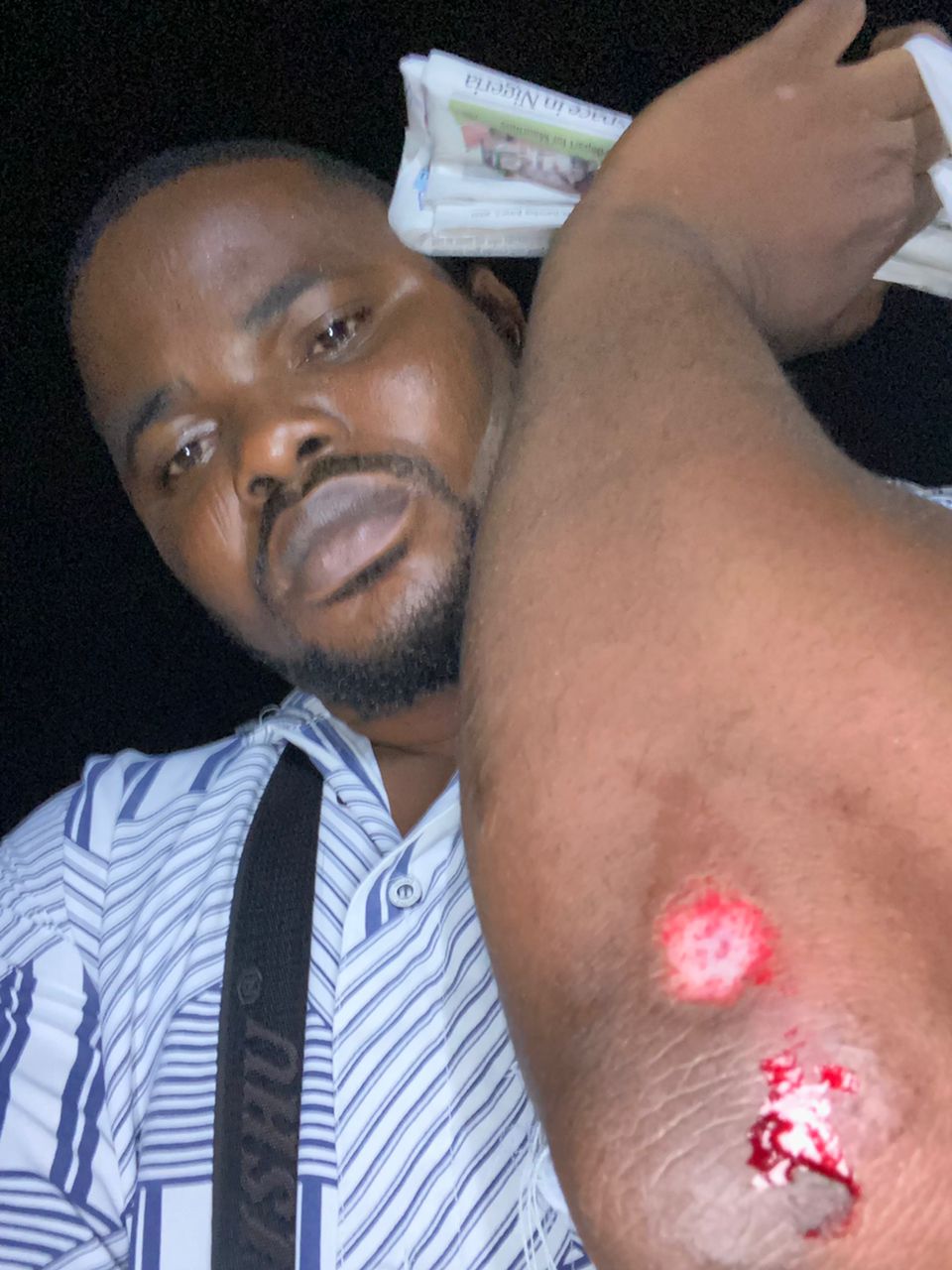 The journalist said he had left his office around 11:30 p.m. and waited in front of the office for a bus to convene him.

He said a white colour mini-bus popularly called korope with three passengers had stopped to convene him. He said he told the driver where he was going and he was asked to board but after leaving, the driver switched to another route.

The journalist who is also a media consultant said he asked why they were going through the route but the driver told him that it’s better he follow them to Oshodi, he said he became worried and force the door of the bus but the driver and one of the members of the gang forced the door closed.

He said he was able to open the door of the car after much struggle and he jumped down and the driver drove off when other motorists were approaching. He sustained injuries on his right elbow and back.
He wrote: “I was almost kidnapped tonight, but thank God I escaped, but not without injury.

Well, it’s a victory and I thank God.
Please be careful out there, go home early.
He advised everyone to go home early to avoid experiencing the same.

Asiwaju in early lead to emerge as APC Presidential Candidate

Revealed! 10 Factors That Will Work For Atiku