According to him, the angry husband alleged that another member of the group has been sending photos of his penis with explicit messages to his wife.  It seems the married woman is not his only victim as some women in the group also complained that they have been receiving similar messages and verbal abuse from the man.. 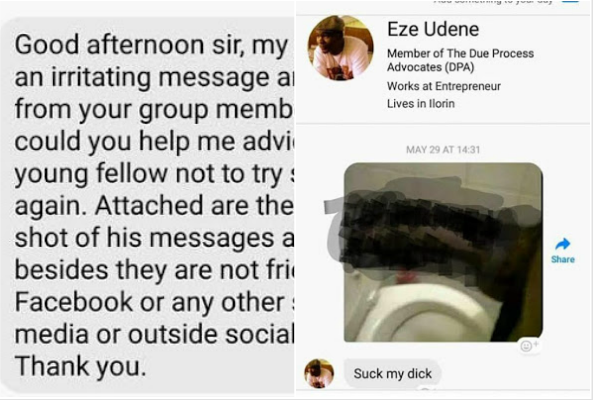 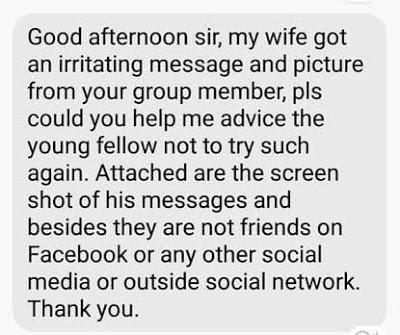 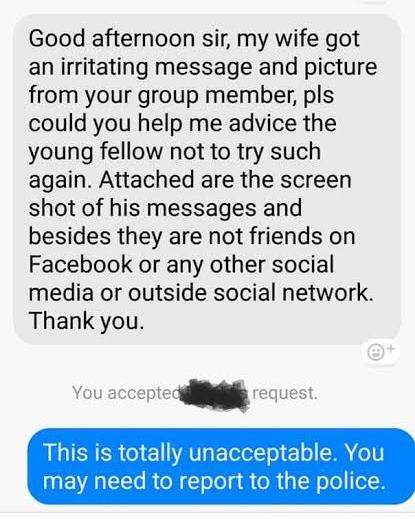 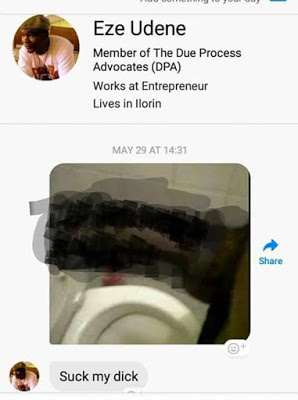