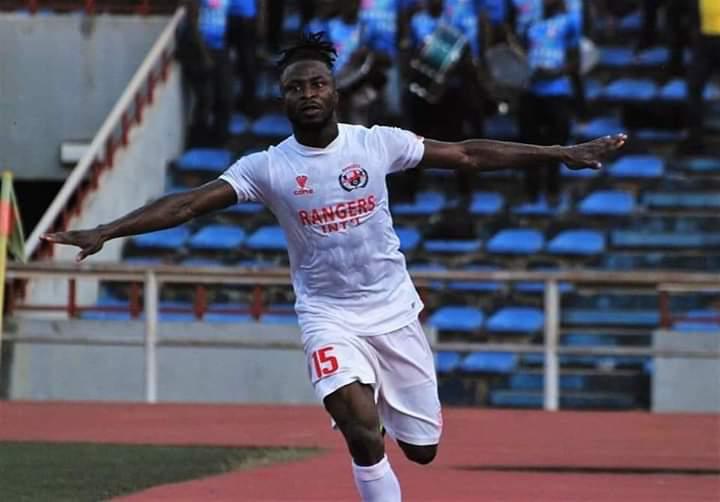 Nigeria international and Enugu Rangers striker Ifeanyi George has died in a car accident at the age of 26.

Goal gathered the ill-fated incident occurred at Abudu on Benin-Agbor expressway after his car bumped into a parked truck on his way to Lagos after the Nigerian top-flight was suspended owing to the Covid-19 outbreak.

It was later confirmed that George’s friend and Rangers teammate Emmanuel Ogbu also passed away in the collision.

The 26-year-old George joined Salisu Yusuf’s men at the start of 2017 – scoring his maiden goal against Kano Pillars in a Nigeria Professional Football League outing on April 23, 2017

He was part of the Flying Antelopes’ campaign in the Caf Confederation Cup. His only goal came in the 1-1 draw against Al Masry at Nnamdi Azikwe Stadium.

On the international scene, he marked his debut in the country’s African Nations Championship qualifier against the Benin Republic. However, he did not make the final cut for the championships where Nigeria ended as runners-up.

Meanwhile, the Nigeria Football Federation (NFF) have lamented the demise of the Flying Antelopes players through their latest post on Twitter.

“We are shocked to hear of the sad passing of striker Ifeanyi George and Emmanuel Ogbu players of Enugu Rangers,” the tweet read.

“Both players were involved in a fatal auto crash earlier on Sunday. Our prayers and thoughts are with their families and Rangers’ management. May their souls rest in peace.”

Just In: Eko Hotel Shuts Down Services Over Coronavirus