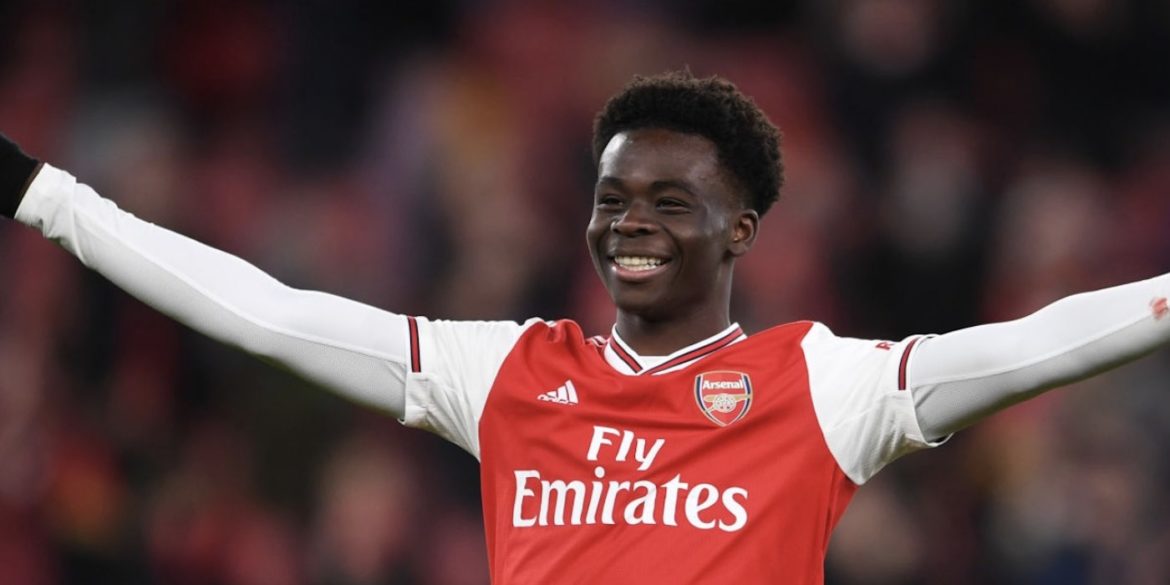 Arsenal have announced that Bukayo Saka has put pen to paper on a new four-year deal with the club, ending any speculation that he might leave the Emirates upon the conclusion of the 2019-20 season.

The teenager, who has been with the Gunners since he was seven years old, had been turning heads since making his first-team debut in 2018, impressing with his dribbling skills, trickery and an eye for a killer pass.

Teams monitoring his situation will have to shelve their plans for now, however, with the 18-year-old pledging himself to Arsenal for the foreseeable future.

“London is my home. Arsenal is my team,” Saka posted on twitter after the deal was made official.

“I’m so happy to finally announce my contract extension. I love playing for this club and I’m looking forward to what the future holds. The hard work continues so I can continue living my dream.”

Head coach Mikel Arteta, faced with a summer rebuild at Arsenal, was understandably delighted that the academy graduate will remain with the club as they look to re-establish themselves as a side that regularly competes at the highest level.

“Bukayo is a talented and intelligent young player. He has impressed me with his work ethic and attitude to learn and adapt, and it has paid off in his performances,” Arteta said.

“I am excited to continue working with him to develop him further, and for him to help us achieve our goals.”