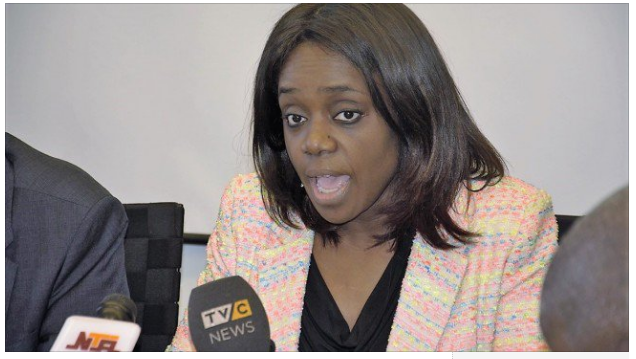 The Debt Management Office (DMO) says Nigeria’s total debt rose to N22.4 trillion in the first half of the 2018 financial year.

This represents a three percent increase from the N21.68 trillion recorded at end of December 2017.

Patience Oniha, director general of the DMO, made the revelation while addressing reporters in Abuja on Tuesday.

According to her, the rise in total debt stock was recorded after the federal government issued a $2.5 billion Eurobond in February.

The DMO DG had said the Eurobond issuance—the fifth in the history of Nigeria—will not affect debt level.

“I am particularly pleased that the issuance will enable us to refinance a portion of our existing domestic debt portfolio, with external debt at considerably lower cost, but also that the impact of the process has already led to a reduction in the cost of domestic borrowing, and so a double benefit for the cost of our broader debt portfolio. Lower domestic rates will also benefit corporate borrowers,” Oniha had said.

But speaking on the nation’s debt ratio target during the briefing, Oniha said a 40 percent foreign and 60 percent domestic debt mix was being planned by government.

She said government reduced the interest paid to raise domestic debt, instead of rolling it over as previously done, thereby offsetting about N840 billion worth of local treasury bills in the first half of 2018.

She said there are plans to issue N850 billion worth bonds offshore before the end of 2018, pending approval by the national assembly.

Buhari Has Not Extended His 10-Day ‘Working Vacation’ – Presidency