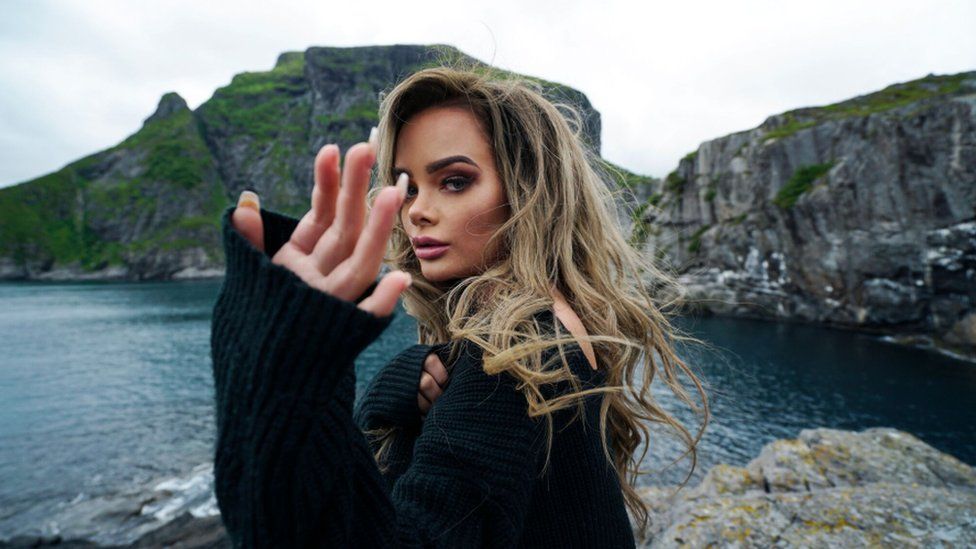 A Norwegian pop star says she’s received death threats after using a black actor to play her love interest in a music video. Sophie Elise told Radio 1 Newsbeat: “There’s been so much hate, it’s the most brutal thing I’ve seen in my life.”
“The video was supposed to be about love. It just shows that it’s 2017 but we haven’t gone very far.”
The singer says she’s afraid to leave her house. An Instagram account linked to her work has also been deactivated over the unwanted attention. The 22-year-old also says she disabled the comments option on the YouTube post because of the abuse she was getting.
Sophie Elise was recently signed by the Universal Music Group. That makes her label mates with Taylor Swift, Justin Bieber and Kanye West.
The video for her latest single, All Your Friends has more than 250,000 views. Although they’ve now been removed the comments included death threats as well as racist and sexist abuse. “I actually didn’t want to remove the comments because I wanted people to see that this type of thing still goes on.
“I’ve been a public figure in Norway for about six years so I am used to getting a lot of hate.
“But I really didn’t think people would care about the guy’s skin colour in my video.”
Sophie Elise, lives in Oslo, and admitted she thought the track would provoke some discussion but because of the lyrics not the music video. In it she sings about sleeping with an ex-boyfriend’s friends – as an act of revenge.
“I always write from experience and it’s based on an actual relationship but the bit about what I’d do to his friends isn’t true.
“It’s more about wanting to take revenge on someone who’s hurt you,” she said.
.
The reality TV star turned singer says the experience hasn’t put her off using black models or actors in the future.
“You know my friends who are black got really sad because they were questioning like, ‘Are we worth less?’ “Also I’m really sad for my parents because they are worried about me and I don’t want them to see things like this.”
Sophie Elise says she’s also spoken to the actor in the video who’s aware of the controversy.
“Before we released the video I sat down with the label to talk about what people might say about the song but no one even thought a black male lead would be one of them.
“The best thing I can do is just keep making music and beautiful videos and keep sticking up for what I believe in.”
Source: BBC News
Norwegian Singer Gets Death Threats for Using Black Actor in Her Music Video (Photos) was last modified: August 10th, 2017 by Arinze Ago