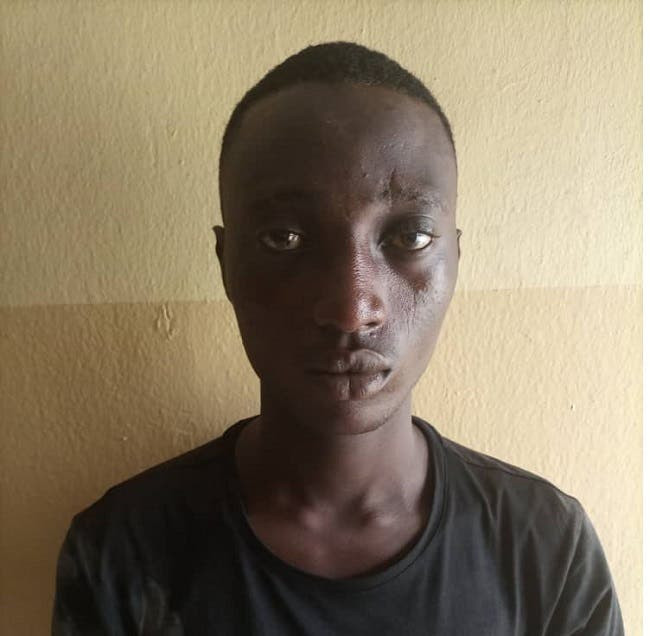 Operatives of the Lagos State Police Command have arrested a notorious leader of the Aiye cult group, Segun Ezekiel, for allegedly killing the rival Eiye cult group leader in Bariga area of the state.

Spokesperson of the command, CSP Muyiwa Adejobi, who confirmed the arrest of the cult leader in a statement on Saturday, April 3, said the suspect has allegedly been terrorising the entire Bariga area.

“The suspect has been alleged to be a notorious cult leader and killer who has been terrorising the entire Bariga Area of the state. He has confessed to the crime and that he carried out the gruesome murder of the deceased in the company of other three members of Aiye Confraternity in his domain.”

The Commissioner of Police, Lagos State, CP Hakeem Odumosu, has ordered that the suspect be transferred to the State Criminal Investigation Department for proper investigation and possible arrest of other fleeing culprits.

I got N9,000 from the herbalist – Bricklayer narrates how he and his accomplice slaughtered mother, her 4-year-old so