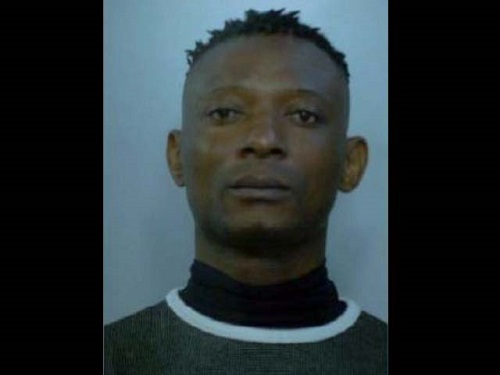 Policemen in Italy have arrested a notorious Nigerian human trafficker who allegedly tortured and murdered migrants in Libya.

A deadly Nigerian human trafficker known as “Rambo” has been arrested in Italy on charges of torturing and killing migrants held captive in Libya, Italian police said Tuesday.
AFP reported that the suspect named John Ogais, 25 was traced to a reception centre in Calabria in southern Italy and clapped in cuffs on charges of belonging to a transnational smuggling ring, specialising in human trafficking, murder, and r*pe.
It was gathered that detectives in Agrigento in Sicily have pulled together witness testimony from migrants who accuse Ogais of torturing people held captive in a makeshift prison, with at least two men reportedly dying at his hands.
“While I was inside that ghetto, where it was impossible to escape, I heard that a man who called himself Rambo had killed a migrant,” one of the witnesses said according to the police statement. “My cousin and others tried to escape but they were caught and tortured nearly to death.”
Another said: “Once I saw Rambo the Nigerian kill a migrant he had gagged and tortured for a long time.”
A third witness said he saw Rambo beat an underage boy and a man to death.
Ogais was found staying at a reception centre in Isola di Capo Rizzuto, one of the largest such centres in Italy, and the scene of mass arrests last month over a mafia scandal which capitalised on asylum seekers.
Notorious Nigerian Human Trafficker, Rambo Arrested in Italy for Torturing, Killing Migrants in Libya was last modified: June 21st, 2017 by Arinze Ago