Home News I Was OAU’s 1st Ex-Student To Become Its VC, Prof. WALE OMOLE Speaks On His Academic Career
News

I Was OAU’s 1st Ex-Student To Become Its VC, Prof. WALE OMOLE Speaks On His Academic Career 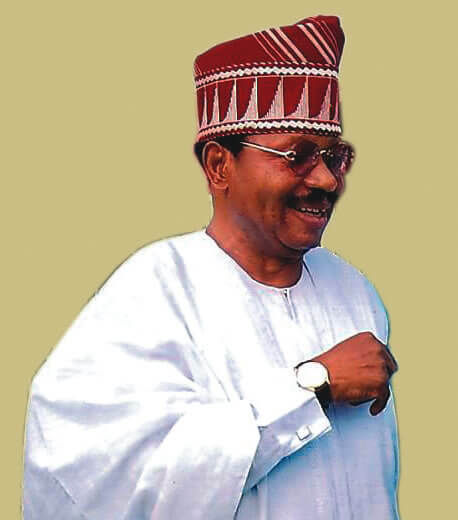 Emeritus Professor, Wale Omole, has carved more than a niche for himself in the academics. In this interview with City People’s Society Editor, TAYO FAJORIN, he spoke about his many years in the sector and how providence played a major role during his years as a student, a fate which culminated in his being OAU’s 1st ex-student to become its Vice-Chancellor.

What has been happening to you after your reign as OAU’s Vice-Chancellor?

Too many things than I can imagine. Now, as we speak, I am a chairman of the governing council of 2 universities. As I said, I still give a number of lectures outside and within the country. I do many motivational programmes, strategy planning and converting non-essential issues to solid issues in terms of creating wealth. Money is not to be stolen, it is just ideas that you need. You should be able to convert ideas to wealth. my inaugural lecture 32 years ago in 1983 was entitled: Waste recycling into food chain, i.e converting trash to cash and after leaving the university, that is what I continue to do, so anything I look at, what I see is money, so really, there are so many things ahead of you that even, it is difficult for me to accept appointments because it will take away from me, my own ideas and initiative and my own implementation of conversion. I get so busy these days. I really don’t feel tired. I feel healthy. God has given me the grace. no achievement is by me. They are free gifts from God, so anything that comes, I don’t claim it, it is just God. I never get ill at all except I just want to do a check up.

Tell us about your educational background?
Again, that is God, I left secondary school, Ilesha grammar school, not wanting to go for higher school. I passed quite all right, but for a number of reasons, I never wanted to take money from home anymore. We were many and my father was spending so much money on all of his children, so I thought that I wanted to be alone. He actually wanted me to go and deposit at St Gregory in Lagos, but I went otherwise.

I went to school of Agriculture because they were paying me, while studying and because I needed to make money to look good, and to be all right without asking for money from him. All I wanted was independence and I got it at that point. Without knowing it, I was in this school when the Western Region was looking for the best brain. They saw that I did well from my results and they told the school authority to look for more people and then there were only 5 of us that was how I became an undergraduate of the University of Ife.

It was by providence. The school started at Ibadan and I was in my final year when it moved to its present location. I found myself inside the University and I did not apply. I was the first to have a problem with the school because of what the students wanted and all the executive members were suspended and they made 3 of us, interim government and that led to problem because the Biafra war had just started.

The students were sacked including me. We were all to reapply, which we did and I was the only one that was not re-admitted, the final exams came, and I ended up in court to get the admission. By the grace of God, I got it, long story short, because of all the struggles, security men would wait for me at the gate to take me, because of such insecurity, they won’t allow you to stay inside the campus. They followed me to every exam hall I was to take my papers, but I was undaunted, my result was not going to be released, but the vice chancellor, Oyasanmi, made sure it came out and actually I did not apply to be an academic. He saw my results and he said we needed a person as this guy to be our staffer.

That was how I became a staffer, I never applied to be. I also did not apply for my Masters of Philosophy. I was the first M.Phil student of the University by His grace. I then went to Canada for a while and returned. So, throughout my exploit in academics, God had been kind to me. At 38 years, I became a professor and I was also the 1st student Dean of my faculty. Again, that was the grace of God. Now, with the entire problem, I also became the 1st Ex- student to be the Vice Chancellor of the University. So, you know that it was God. There is no way I can take credit for that. I was not a person to move like that because I always challenge situations.

Really, it is God, so when I finished, I took some classes, even in the mid of all troubles during the reign, they didn’t know I was abroad, they pointed fingers at me that it was me, but it never moved me. The greatest power on earth is truthfulness, so nobody stops or destroys you. You are the only one who can destroy yourself. If you do something, no matter how hidden, it is and you think people will not get to know, but when they get to know, then you are finished.

God has been with me, I don’t touch anything illegal or anything that I can’t stand to talk about and again to even have that stamina, sense of singularity is God. I retired more than 17 years ago in June 1999, to me, it was like yesterday. I never stayed in bed one day. Even headache I don’t have. I watch what I eat and I just move on. I have never been admitted in hospital for a day.

All this I can’t take credit for it. I say to people that no woman or man can hurt me or has done so bad to me as much as I have done to myself, because I forgive myself, there is no point not to forgive anybody. I hurt myself, I forgive myself and I still get along, so really it’s God.

What was your parents’ reaction when you did not take their advice?
They did not know where I was for 3-and-half year. It was my decision, sense of singularity, I didn’t want anyone to persuade me. I persuaded myself. How could I have taken a decision not knowing where I was going? I left home 4am in the morning, so they won’t know when I left, by the time we met, I was already an undergraduate. So, you could see it was not me. I was invited to give a lecture in my church, AVMCC ‘’God in my life”, every step of the way is God and that is why it is really difficult for me to claim anything to myself, even some people call me Prof. Wale Omole, I tell them I am Wale Omole. All those things I don’t take credit for, yes I worked for it, but what will not be will not. God has been so merciful to me.

At what age did you become a Professor?
I became a professor at age 38

Were you the youngest professor then?
Well, I can’t say because I don’t know some other people’s ages, but relatively in Ife I was probably one of the youngest. We know ourselves, but I have been the youngest in some cases, but I also don’t want to take credits for that. Most of our publications were international and you wrote the paper and before you knew it, it was already accepted, and you wonder those were the things you used to think they were coming from heaven you knew, everything was working for me and I thank God.

What can you say about the present state of education in Nigeria?
This week alone, there were about 5 publications in newspapers. We just have to change things, the education we have cannot help us. The curriculum we got in colonisation; they were good then, not now. You see, trying to pursue the education we have now, there will be so much knowledge, in Nigeria, but we lack understanding. That was the process of colonisation.

Take them, give them knowledge, let them cram, they will know it. Take away their dress, as a vice chancellor, I wore native dresses for 8 years, I only wear suits once a month for inaugural lectures and for convocation once a year. So, they disconnected us from our foundation, they disconnected us from our parents, our parents were super wise, but they made that break by taking away their language.

They said if you spoke your language in vernacular, it was very insultive, how could Yoruba be vernacular in Ilesha Grammar School, and that was the way not to connect with our Parents, so the wisdom of our Parents were far to us, so we are in trouble until we redefine our curriculum and we use all of those research results in the universities and start pilot studies as students, I was a Patron of 8 clubs even as a student, before I even became a Vice Chancellor, I always say to them, don’t look for job, job will look for you, but you must do one thing, go for excellence.

If you go after excellence, don’t go after money , money will run after you. A number of them who practised it know and they have given testimony. So, all of those cramming should be gotten rid off. They gave some things in science about applying formulas, different laws and so on, how can we understand it, but we knew it and we got distinctions in school, so that is how it is so difficult for us to apply knowledge because we lack understanding, it is very clear, knowledge is to know what, that is why it is knowledge, for instance, you know a phone, it is knowledge, but to understand it is to know the software in it and what it can do and when you add understanding to the knowledge you have, you can solve problems, that is wisdom, so wisdom is far from us.

Nearly every Nigerian can run this Country in a beer parlour by saying how to do it, but give them the job, they cannot do it. So, these are the issues we really need to redesign for our education, if we don’t, I tell you, in 50 years, there will not be any progress because our youths must be given a profound Nigerian knowledge and understanding to be able to develop our system not what we got under colonialism.

I Was OAU’s 1st Ex-Student To Become Its VC, Prof. WALE OMOLE Speaks On His Academic Career was last modified: February 6th, 2018 by Tayo Oyediji