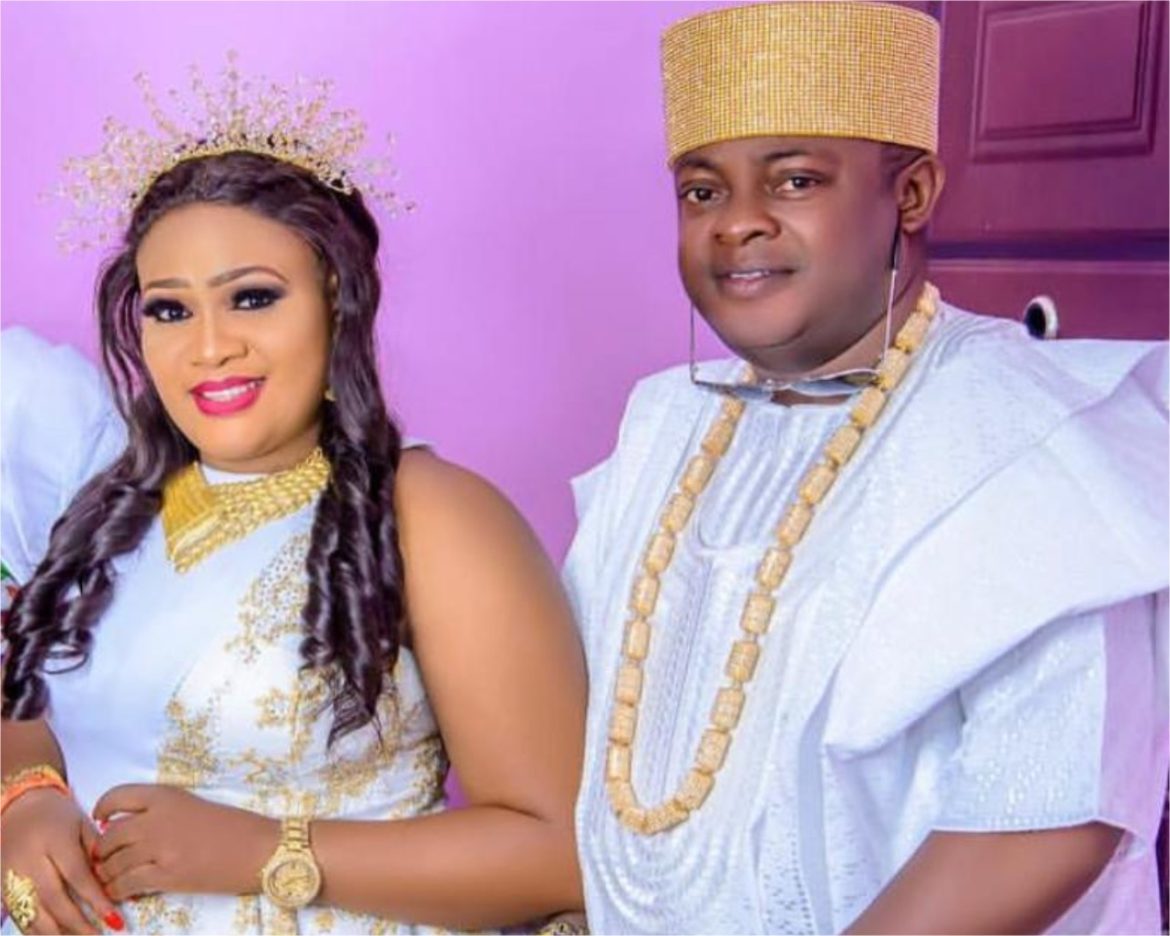 •The Story Of The Stylish OLIYERE Of IYERE Kingdom

HRM, Oba Omotunde Adako is in a happy mood right now. He is celebrating 10th year on the throne of his forebears. He feels fulfilled. He feels accomplished. He is one of Nigeria’s most stylish kings. The young & popular monarch is the Oliyere of Iyere kingdom in Owo Local government area in Ondo State. He is young, handsome and vibrant. He is also stylish & classy in his ways and in everything he does, from his dressing to his lifestyle generally. He is a successful businessman who has immensely helped his people.

The big news is that the Oliyere of Iyere kingdom, HRM Oba Omotunde Alaba Ebiyanmi Adako (Iresin), is 10 years on the throne of his forebears this month and he will be celebrating it this December with a week-long event culminating in a 10th Coronation Anniversary Thanksgiving service and a Reception, both in Iyere, time. Below are excerpts of his interview with City People’s Publisher, SEYE KEHINDE.

Congratulations on your 10th year Coronation as the Oliyere. How has it been? How do you feel? How has life been on the throne?

To the glory of God, it has been nice. The Bible say’s “you cannot get anything or have unless it is so given from heaven. I give God the glory for his mercy and awesomeness, in the last 10 years. I ascended the throne on the 27th of November, 2010 after some challenges. It has been awesome. Why it has been easy and smooth was because the people of the community hearkened to the voice of God and the youth supported my choice. The whole community supported my choice. I always refer my case to that of King David, in the word of God in the Bible. Why I said this is because I am from a royal family. My direct biological father was not a king before he died. My grandfather was not a king. He was a Pastor. My great grandfather was a Pastor. The last time we had this Obaship thing in my family was about 400 to 500 years ago. It now came back and they said: Let us start from our family. What I am trying to say is that it is a divine arrangement of God. I never had any palace experience when I was growing up. I slept in another place. I grew up near the palace of Olowo of Owo. I had a little experience of the palace there. That really helped me a lot to pilot the affairs of this community. And with the support of the Chiefs & the youths in the communities, they gave me a soft-landing at that time. They made it easier for me.

Tell us about the Iyere kingdom. For the benefit of those who have never been there, tell us more. Where is it located?

Since you came in as the Oliyere, what have you been able to do to help your community and the people of that area?

Before I came on board, we had a period of interregnum of about 9 years. They were trying to wait for us to produce an Oba in my family. That was why I said my case was like that of King David in the Bible. Before I came in, most communities were trying to do things on their own. But I have been able to bring everybody back to the drawing board, to talk about their community, to always move the community forward and to also unity the youths, to give them one voice. I meet them regularly, I meet my Chiefs regularly, I have been able to stabilise my community, in terms of relationship with the communities around my domain.

How did you feel when you were picked, knowing it will take a lot of your time, and you will no longer be the ordinary businessman you used to be?

I didn’t expect it all because in my family, I don’t even have a key position, to enable me being picked. What do I mean? I have too many uncles, brothers, elderly ones. But as a young man, I had a good job. I had a good job in Abuja. When they looked round they said I should come and take up the stool. It took me a little time to accept. I consulted God. I prayed to God, that if this is your will, allow your Will to be done. I saw it as service to humanity. Not only that. I felt happy that it came to my family too. This was something we have had over 400 to 500 years ago. I brought glory back to my family. We are now back, to be part of the ruling families in Iyere kingdom.

After consultation and God gave me the will to go ahead, that was when I decided to take it up and with the support of my family members, the entire Adako family members they said I should go with their prayers, God has been awesome.

What will you call the biggest challenge that your community is faced with that you have been trying to either battle or resolve?

As a community, I can’t really say that this is my major challenge. But what I noticed is that at the time I came on board my community was not too know beyond Owo Local Government. And, as a young man, one of the reasons why God has chosen me to come around, and with the support of my people, is to see how we can open up the community and put out the name.

It took me about 3 years when I came on board to see how we can let people know about Iyere Kingdom. That is one of the major issues I saw then, that apart from Owo Local Government area, Iyire is not known. And, most of our sons and daughters too claim Owo, rather than to claim Iyere because Owo is more popular. So, when I came in, I tried to see how I can match up with other developed or developing communty. That is what I can say is my major challenge that I have been able to conquer. Other challenges are not necessary to talk about. I have been able to convert them and I have put them together as my strength today.