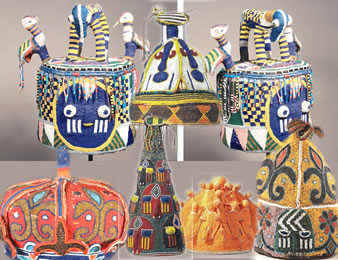 Kingmakers in Ado-Odo/Ota, Ogun State have  elected a journalist and senior lecturer, Dr Abdulkabir Adeyemi Obalanlege, as the new Olota of Ota.

The development came more than a year after the Olota stool became vacant after the former monarch, Oba Moshood Alani Oyede, joined his ancestors on May 25, 2016.

Moshood Adetoro Alani Oyede, a first-class traditional ruler, was on the throne for 19 years. Since 1997 , he passed away at the University College Hospital, Ibadan, during a protracted illness.

The news on Oba’s death broke on May 25, however, family sources came up with the confirmation later.

Historically, the Olota of Ota was a crowned ruler, whose power came from the traditional homeland of the Yoruba, Ile-Ife. Since the first local elections in 1955, he has had no political power, but is sought as a counsel or sponsor by politicians, who seek support from the residents of Ota and the Oba’s palace is also within the town.

It was gathered that five kingmakers decided the fate of the new monarch through an open ballot held at the headquarters of Ado-Odo/Ota Local Government Area, The Ijemo-Isolosi Ruling House had nominated 22 of its princes to contest the exalted stool. The selection process, which was completed on Tuesday morning, saw Obalanlege being elected by kingmakers as the 13th Olota of Ota. The Olota-elect was presented with a certificate of return after which the state Ministry of Local Government and Chieftaincy Affairs will be officially notified of his emergence.

Obalanlege, 51, practised journalism for almost 20 years before venturing into academics,

Why I Defected From PDP To APC – LAGOS Lawmaker, HAKEEM BELLO