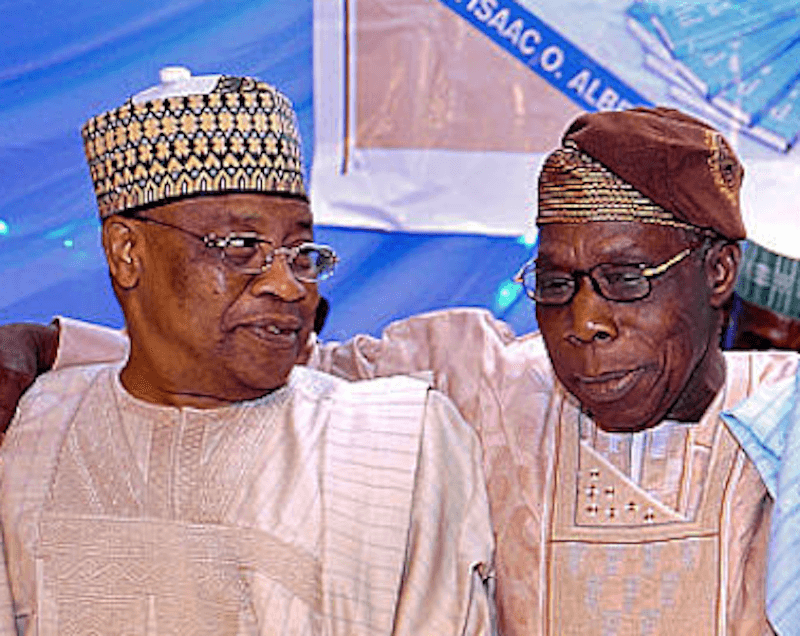 He said while Obasanjo in 1976 introduced a lopsided policy that slowed down advancement and effectiveness in the civil service, Babangida eroded it’s integrity and firmness, thereby making the civil service largely corrupt.

Inaolaji stated this while addressing the press on behalf of the Association of Retired Heads of Service and Permanent Secretaries on the forthcoming launching of a book written by the association in Osogbo, the Osun State capital on Thursday.

He said the civil service, which is supposed to be the virile instrument to implement governmental policies was practically made inefficient, corrupt and terribly dormant by the military.

The retired Permanent Secretary in Osun averred that the desperate tendencies among some civil servants to shortchange the system to their advantage was caused by the uncertainty brought to the system by the military.

According to him, the civil service in the post-independence era was so robust and efficient with avalanche of committed officials implementing governmental policies to the letter and with patriotic zeal.

“The civil service, before the incursion of the military was so effective and efficient, it was playing it’s role as the engine room of the government so perfectly and patriotically.

“The civil service in the South West especially was a cynosure of all eyes in the entire country, we used to sleep in the office for us to achieve our set down goals; we worked as a team and with total commitment.

“It was Obasanjo, who first came and lumped up the structure and made it ineffective, followed by Babangida, who polarised and polluted the service with nepotism, favouritism, and high level of corruption.

“No nation rises against the quality and vibrancy of its civil service, the ineffective civil service remains a bane to development.

” These and many more are what we are addressing in our book tiled ” The Civil Service as a Cornerstone for Development in Osun State: The first 25 years” , sets to be launched on June 21. Although, we are retired, we are still not tired to contribute our quotas to the development of our state, and Nigeria at large” Inaolaji said.

The elder statesman however canvassed for neutrality on the part of civil servants, arguing that civil servants have no business in politics while still in the office.