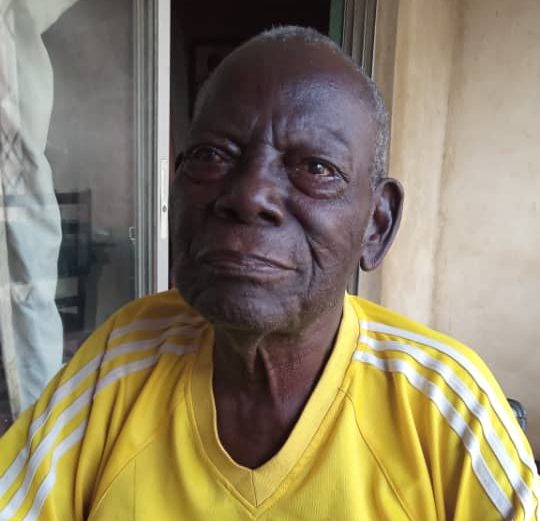 A teacher who taught former President Olusegun Obasanjo at Baptist Boys High School (BBHS), Abeokuta, has died at the age of 92 years.

James Popoola died in his private residence in Ilaro, a town in Yewa South Local Government Area of Ogun State

A member of his extended family, Tope Popoola, said the retired teacher died at about 12 noon Thursday.

The family member, who is a professor, said Mr Popoola passed on a few days after he was discharged from admission at the Federal Medical Centre, Idi-Aba, Abeokuta.

Aside from Mr Obasanjo, former students of Mr Popoola at the school who became prominent in Nigeria include the traditional ruler of Ibara, Jacob Omolade; a professor and former Vice-Chancellor of Olabisi Onabanjo University(OOU), Saburi Adesanya; historian and politician, Saburi Biobaku; and a retired Rear Admiral of the Nigerian Navy, Adewunmi.

“Pa James Akanbi Popoola was 92 on the 28th of May, 2019. He died of old age-related illness, and was on admission at FMC till last week, but was discharged on showing signs of improvement. The family is consulting to give the erudite teacher and renowned principal a befitting burial,” the family member said.

The family member, who was a Commissioner under the military administration of Kayode Olofinmoyin (rtd) in Ogun State, said the corpse had been deposited at the morgue of the Federal Medical Centre(FMC), Abeokuta.

He is survived by his wife, Moji, who is also a retired teacher, and six children.

Messrs Obasanjo and Omolade, late last year, visited Mr Popoola in his Ilaro home. They used the occasion to recall their experiences in school under his tutelage.