Home Opinion OBAZEE AND HIS MANY OFFENCES? 1 – ‘Damilare Salami
Opinion 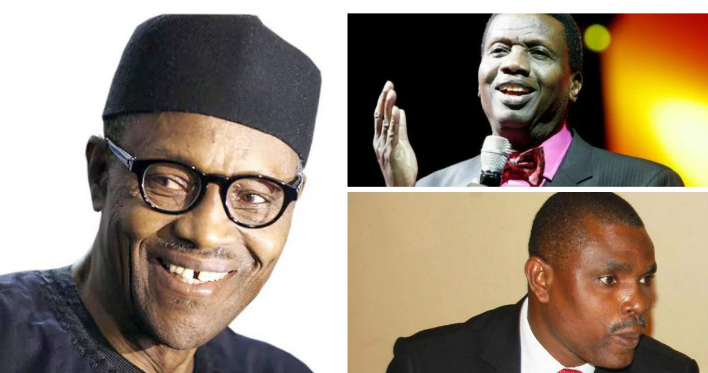 Uneasy they say lays the head that wears crown. How can it be for an individual when he is asked to clear the mess of the entire village especially in a place where his fore fathers ha really messed up and his far and near relatives are not left out?
The scenario above looked like the story of Jim Obazee who was the head of the Technical department of the Nigerian Standard Boards, the predecessor organization of the Financial Reporting Council of Nigeria, FRCN. He later became the Executive Secretary of FRCN, a body he led before he was recently axed by President Muhammadu Buhari for the sacrilege he committed against the big wigs of the Nigerian religious sector; having seen to the resignation of some major players of that sector.
Although reports say that Obazee is arguably one of the finest and most knowledgeable Nigerians alive in the special area of accounting standards; he has however seen to the fall of some notable and highly placed Nigerians like the former governor of central bank, now the Sultan of Sokoto, Sanusi Lamido Sanusi and Peterside Atedo with Stanbic IBTC. This of course didn’t down well with many especially those at the corridors of power.
His last and most grievous offence was when FRCN came up with a policy on behalf of the government known as “code of corporate governance” which stipulates that all nonprofit making organizations including churches and mosques with profit making ventures are required to have a new director/leader after twenty years of reign of either the founder or presiding leader of such an organization and most handover authority to another member of the organization who is neither a son, family member or relative of the outgoing leader.
The other part of the policy also stipulates that all nonprofit making organizations and nongovernmental organizations including churches and mosques with profit making ventures must have a proper record of their sources of income and must be taxed appropriately on the profits of such business ventures.
A good number of Nigerians and the presidency have asked Obazee to surrender his head in a golden plate for insubordination to higher authorities and having gored the horses of people many Nigerians hold in high esteem for the spiritual role such persons play in their lives and the country at large. For example, Obazee was suspended as a Zonal Pastor in the Redeemed Christian Church of God RCCG because his action was perceived to have led to the stepping down of Pastor E. A. Adeboye as the national overseer of the church. This however did not go down well with most members of the church who are so much emotionally attached to the humble and easy going man of God.
The same goes for Bishop David Oyedepo, the presiding Bishop of Living Faith Church worldwide aka Winners Chapel who also stepped down as a result of the new government policy. Other churches like the Day Star Christian Center, Christ Embassy, House Hold of God, Latter Rain Assembly, Deeper Life Christian Church etc. are all affected as all their overseers have all spent well over twenty years.

Oluwadamilare Salami is a trained journalist, blogger and a freelance writer with citypeopleonline.com. He can be reached via salamioluwadamilare@gmail.com

THE COVID-419 DRAMA AND CONTINOUS CORRUPTION IN...