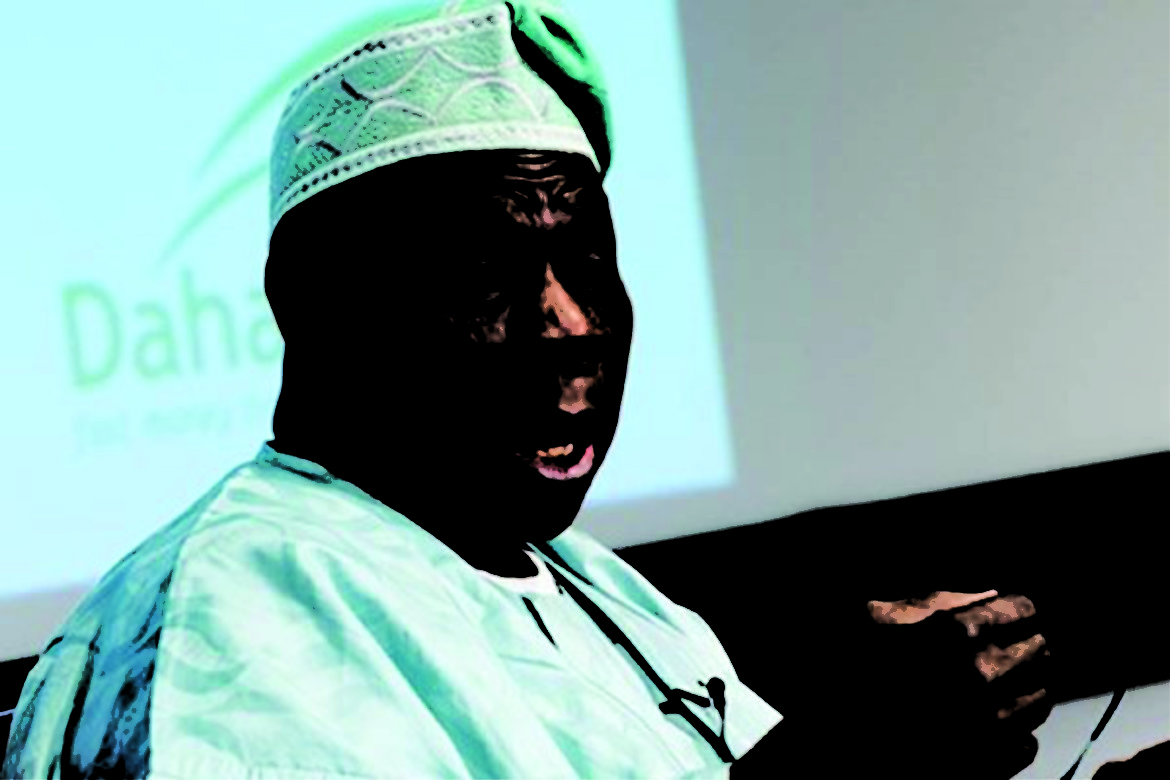 It was with a personal sense of loss that I received the shocking and sad news of the demise of your beloved and illustrious patriarch and elder-statesman, Brig-Gen. Mobolaji Johnson, at the age of 83. It is with a sorrow-laden heart, therefore, that I write to commiserate with you and the entire family on the demise of this gallant officer and gentleman whose death would be felt not only by the people of Lagos State but also the entire nation.

The late Brig-Gen. Johnson was a diligent and conscientious soldier who served his nation with patriotic zeal and distinguished himself in many spheres of military and public life. He will certainly be remembered for his rare courage and contribution to the development of the Nigerian

Army in which he rose to enviable heights. The admirable qualities of Brig-Gen. Johnson came to the fore when he became the first Military Administrator of former Federal Territory of Lagos under Maj-Gen. Thomas Aguiyi-Iron and later as the Military Governor of Lagos State under General Yakubu Gowon where he saw to the building of major infrastructure in Lagos State and improved a lot of the civil servants and the entire citizens under his administration. Particularly of note was the level steadfastness patriotism and commitment he displayed during and after the civil war in the late 60s. He distinguished himself as a patriot and seasoned soldier.

Throughout Brig-Gen. Johnson’s career in the Army, he was acknowledged as a disciplined detribalised, transparent, fine humane public officer with an enviable track record. He was highly respected by his peers and revered by his subordinates for his sound knowledge of the Public Service and wealth of experience in the civil service matters. He left behind an impeccable record of leadership, a legacy of forthrightness, thoroughness and unwavering commitment to public good I recall that he was a pillar of trust and an iconic reference point when in 1975 the Murtala/Obasanjo’s regime embarked on 3 clean sweep of the morally-bankrupt public service. He was, indeed, a great man who wrote for himself an enviable page in history with his service to the nation and humanity.

Late Brig-Gen. Johnson maintained a very low profile after his retirement from the Nigerian Army and opted to continue to contribute to national development both as a nationalist and a private businessman who provided employment for many of our people.

It is only natural to feel sorely grieved at the painful and passing of a dearly loved patriarch who still had a lot to contribute not only to the family but also to the nation as a whole. I would urge, however, that at such a distressing time as this, we should keep faith in Almighty God who will surely give succour as well as the fortitude to bear the irreparable loss.

I pray for the peaceful repose of his gentle soul. Yours sorrowfully,

How Many Ladies Now Rock Hair Fascinators To Parties