Why The OGONIs Want To Be The Next RIVERS State Governor 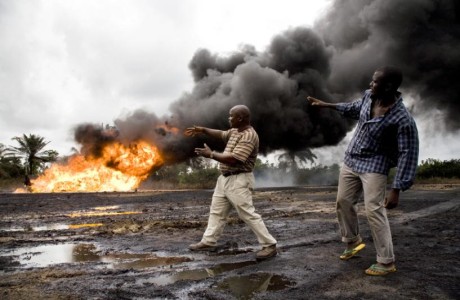 The politics of Rivers state has reached its peak,  with just about 14- months to the D-day of February 2019 election day when voters will go to the polls to vote for their preferred candidates. Since the creation of Rivers State on May 27th 1967, the Ogonis have never been at the helms of affairs in the state where their crude oil is the best in the world and being used to run the economy of the country and state. Most worrisome is the negative effects of crude oil and gas exploitation that went on in Ogoniland with the degradation and pollution of their environment.

Worst still is the physical decimation of their population in the 1990s when their hero and Environmental activist Ken Saro-Wiwa and 12 other highly revered chiefs were murdered and others put in the government controlled guillotine at Port Harcourt Federal Prison in 1995 about 22 years ago. The people agitated for self Determination as a way of expressing their marginalization from sharing the good things running beneath their land but many lost their lives and nothing has been done by the Federal or state government.

So, when Chief Melford Okilo went to campaign in the 1980s and an Ogoniman canvassed for election as Governor of old Rivers state but it was reported that Melford Okilo said “Who dash Monkey Coat?.” Hence the Ogonis have been alienated from being voted into the highest political offices in Rivers state which is office of the Governor because the political leaders have not deemed it right in their own estimation to concede the governorship primary position to an Ogoni candidate.

The fear of most of the political parties’ leadership in the state includes the fact that the Ogonis have four heavily populated local government areas comprising of Khana, Gokana, Tai and Eleme. They have homogenous language and culture out of the about 14 ethnic nationalities in Rivers State. In fact Rivers South East Senatorial District where they belong out of the three Senatorial Districts had not produced Governor, Deputy Governor, Speaker of House of Assembly, Chief Judge of Rivers State and Chairman or Managing Director  of Niger Delta Development Commission-NDDC.

The above disturbing scenario has played up itself in 2019 up-coming political engineering in Rivers state but the Ogonis are working towards having one of their sons or daughters contest for election into the highest office in Rivers State. For sure the people are self mobilized, going by their enthusiasm in political awareness occasioned by the long period of agitation for equity and justice in political leadership in Rivers state. Currently, distinguished Senator Magnus Ngei Abe is said to have displayed sincere loyalty to the leadership of All Progressive Congress APC in Rivers state as he had not in any forum or several fora which he had attended, abused or made derogatory statements against APC leadership’

His level of display of humility is disarming to some politicians at par with his achievements in public office, as he had been elected as Member Rivers State House of Assembly from 1999 to 2003 where he was elected as Minority Leader and appointed Commissioner For Information from 2003 to 2007. And Secretary –To-Rivers State Government-SSG from 2007 to 2011. He was the fulcrum that stabilized Governor Amaechi’s administration in getting the security challenges solved and began an educational revolution. All legacy projects of that administration took center stage when he first took the decision to contest for Rivers state South east senatorial seat and he won under All Progressive Congress-APC.

His ability to campaign and win votes from his people is electrifying as his Party APC won in 2015, all the electoral positions except one seat in Khana II state constituency which court case was filed late in Rivers state Elections Petitions tribunal that sat at Abuja because of security challenge.

He won an electoral Rerun on December 10th, 2016 where he won landslide against Prince Olaka Nwogu from Eleme. In the Senate he displayed brotherly love to a fellow Ogoni son Kenneth Kobani who appeared on the floor of the Senate, for Screening For Ministerial appointment irrespective of the fact that both have different Political parties that they were representing at that material time. But the big question is,  come 2019, will the brotherly love still be displayed by these Ogoni political big wigs in different political divide for the realization of having an Ogoni son occupy RIVERS STATE BRICK HOUSE?

Political debate among APC high profile stakeholders whether Senator Magnus Abe will be voted in as the standard Bearer of their party and that discussion is pregnant as gubernatorial Primary election is still far away around last quarter of 2018.

Why The OGONIs Want To Be The Next RIVERS State Governor was last modified: November 20th, 2017 by City People

Why I Am Supporting Senator MAGNUS ABE’s Guber Bid