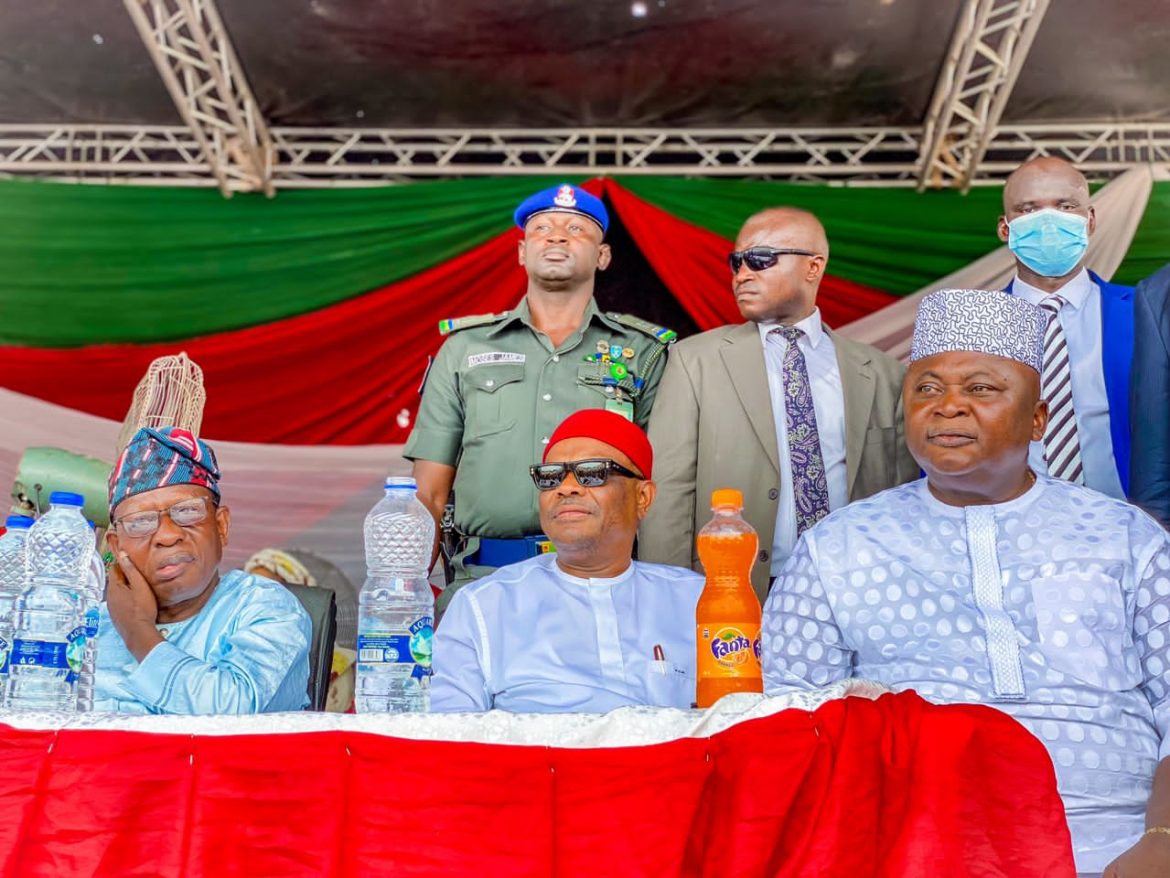 In what looks like clear endorsement, Rivers State Governor, Mr. Nyesom Wike and former Ekiti State Governor, Ayo Fayose, shocked party faithful when they appeared in Abeokuta at the Ake Palace venue of the official declaration of Hon.(Dr) Oladipupo Adebutu, for the Governorship race in Ogun State under the Peoples Democratic Party (PDP).

Governor Wike who appreciated Adebutu, for holding the party strong in Ogun State said this clearly is his time to reap from his great effort.

Wike, who promised to work with Adebutu as Governor of Ogun State come 2023, said he was ready to help the PDP take power at the centre as he prepares to contest for the PDP Presidential ticket.

“Like Fayose said, four years ago, I knew the struggle. It’s unfortunate, what happened happened. This man has kept faith believing that God will do it at His own time. So, I commend your people for standing firm and I am believing that when you win, you will also remember them.

Fayose, said he would never play hide and seek politics insisting that his physical presence at the declaration shows that he is with Adebutu for the PDP ticket.

The former Ekiti State Governor acknowledged the sacrifices and heavy financial investments of Adebutu to sustain the PDP in Ogun State and that this is the time to reap it.

The PDP Governorship hopeful, Hon. (Dr) Oladipupo Adebutu, who was addressing over 4,000 party executives drawn from the State to the Local Government and the 236 wards said he was happy with the show of support and solidarity by party faithful and members.

He said yesterday was gone with the struggles of 2019 and that a new chapter has presented itself for him to clinch the party ticket and then win the Governorship of Ogun State by February next year.

Adebutu, who called for a minute silence for those who died during the PDP struggles for power including late Senator Buruji Kashamu, thanked party members for standing strong for PDP and urged them to sustain the oneness in the party ahead of the elections.

“PDP will sweep Ogun State. Our people are tired of the APC because they lack the capacity. What a government owes its people is human kindness and we will do our best for our people when elected”, Adebutu stated.

Adebutu, whose intermittent dance step to various songs exhumes electrified the arena, expressed confidence that the PDP remains the party to beat in Ogun State and at the national level.