OGUN Obas Divided Over Who To Support For Governor 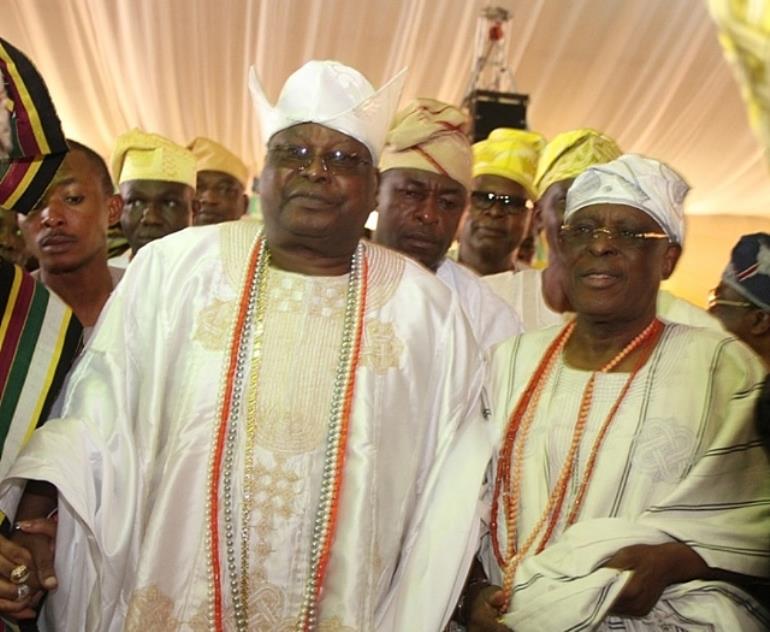 The Governor, Senator Ibikunle Amosun, has lobbied them to support his candidate for Ogun governorship, Hon. Abdulkadir Akindele. He does not want any Oba to support the bid of Prince Dapo Abiodun, who is the Ogun APC governorship candidate.

Worst hit are the traditional rulers from Ogun West. They have 2 of their sons contesting. Hon. Akinlade is from Yewa. So is GNI. Both have received the blessings of Ogun West Obas. Both have visited Olu Ilaro and other Obas in the area for blessings.

So, Hon. Akinlade, Prince Dapo Abiodun, GNI, Hon. Ladi Adebutu, and Senator Buruji are all engaged in a big battle to get the support of many of the top Obas in Ogun State.

The Governor believes he could get many of them to support his candidate, Hon. Akinlade. Late last year, he travelled to Abuja with 2 top Ogun Obas to meet with President Muhammadu Buhari to plead with him. He was in Aso-Villa with the Alake of Egbaland and the Olu of Ilaro.

Many of the Obas are being lobbied because in Ogun State, there are close to 100 traditional rulers, who head various communities making up the state. Each Senatorial district also has its set of Obas and there are 3 senatorial zones. Each senatorial zone has its own first class Obas who are also paramount rulers. There are other Obas who are equally senior in rank. In some areas, there are coronets as well.

OGUN Obas Divided Over Who To Support For Governor was last modified: January 14th, 2019 by Reporter