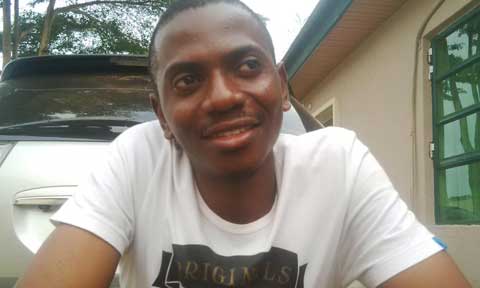 Talented Yoruba actor, Olasunkanmi Akanni, popularly known as Olohuniyo, got involved in a ghastly auto accident in Ogun State. Our source said that the mishap took place somewhere close to Redemption Camp, Mowe/Ibafo, Ogun State, on Sunday 26th November 2017. It was learnt that the actor was returning from a movie location in Shagamu area of the state  when one of the tyres of a 16-passengers commercial bus pulled off on the motion and the vehicle crashed. As of the time of filing this report, it was scooped that nobody died in the accident, but many were seriously injured.

The actor, who is popular for playing the role of a herbalist in most Yoruba movies, was hastily taken to a nearby hospital by a good Samaritan. He was seriously injured on his left leg. Information from another source claimed that he was discharged from the hospital 3 days after. It was further revealed that same day, a reckless driver ran into his apartment somewhere in Ikorodu, Lagos, which didn’t only destroy the house, but also damaged his belongings and home appliances.