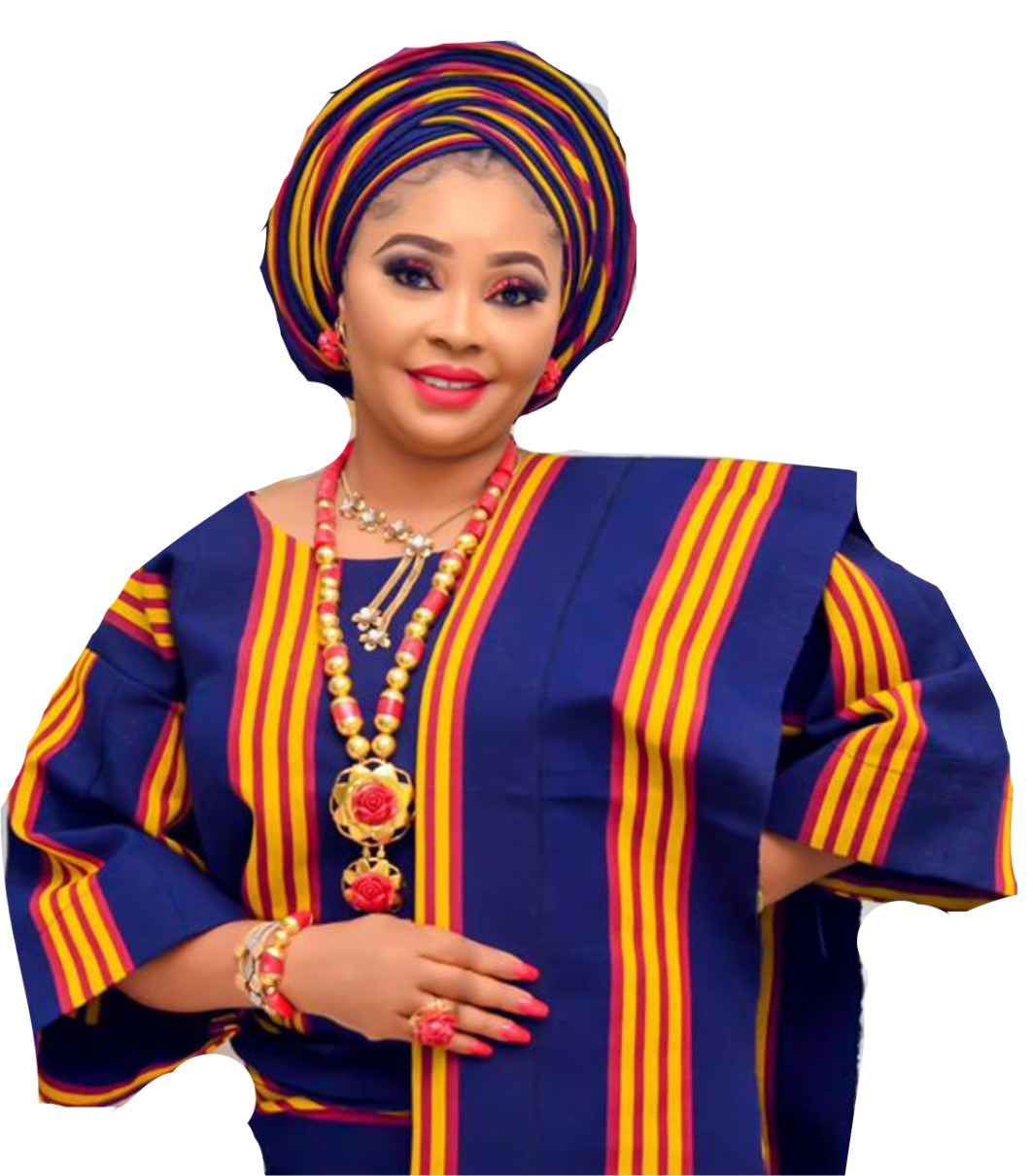 •How The OONI & OBJ Stormed The Party

On Sunday, 28th November, 2021 all roads led to OOPL Event Centre in Abeokuta, where Olori Agura held her 45th birthday in grand style. She is the Olori of the Agura of Gbagura, HRM Oba Saburee Bakre. It was a big and classy party and Abeokuta stood still for Olori Agura who looked stunning in all her outfits. All the high and mighty in Abeokuta stormed the party.

The event was held inside the small marquee at OOPL. It was an All White Affair. The Colour Code was simple: White On White and many of the guests complied with the code.

The birthday party kicked off on time. The event was scheduled to start at 12 noon and the organisers kept to time. The event was anchored by Adejoke Ewa, who did a good job of it. She has a rich mastery of Yoruba language and chanting skills. Music was by Tolu Obey, the son of music icon, Chief Commander, Ebenezer Obey. He took guests down memory lane, as he played a few of his dad’s Evergreen songs and spiced it with his own songs. We almost forgot to tell you about Ooni’s Grand entry with Chief Olusegun Obasanjo, who is the Chief Host, by virtue of the fact that he is the owner of OOPL.

The event had gone mid-way when the Ooni arrived and his entry was heralded by his retinue of aides.

Everything was done in quick succession. Opening Prayer was done by Primate Olufela Oliyide, Welcome remarks was by Hon. Shina Aroyewun (an Agura titled Chief); and Ewi by Afeez Aromire (Ewimi).

Then came Goodwill messages from Royal Father of the Day, the Alake of Egbaland who came with his Olori. The Olu of Kobape, Oba Taylor came with his pretty wife, Olori Oluwatosin Ajike Taylor (the CEO of Kadtay Stores).

Dolapo Bakre spoke. So also Remi Omolola (the celebrants sister) who is the Deputy Director of Programmes (Ibadan Zone), Folake Junaid (a friend of the Olori) also spoke. Then came Princess Tise Bakre (the child).

The cutting of cake was surpervised by the Ooni of Ife, Oba Adeyeye Ogunwusi who delivered a 10 minutes speech. He was given a resounding ovation for his brilliant speech delivered in Yoruba. He prayed for the celebrant and the couple, wishing them many more years.

For Ogun Sports Commissioner, Bukola Olopade gave the toast to the celebrant. He and his wife were on their feet all through the party. And Kabiyeesi gave the vote of thanks.

The event was well attended.

That was the party to be that Sunday. The Alake of Egbaland was there. His white cap resembled that of the Agura.

Cash Madam, Chief Mrs. Bisilola Edionseri looked refreshingly beautiful. She was looking ageless. She sat with her son, construction giant M.T. Adebowale. And she played with him all through. By nature, Cash Madam can be very playful and jovial. And she loves her children. Whenever she is with them, she will fawn over them and cracks jokes.

She is usually very relaxed with them. There were other ladies like Mrs. Foluke Junaid, Mrs. Ogundeji Tejumola, Mrs. Amosun Abiola, Mrs. Idowu Kujore, Mrs. Tolulope Adekunbi, Omilani Toyin, Olamiji Adedeji, Adetoun Babayale looked angelic that day. She looked heavenly in her outfits. She changed 3 times and each time she came out she got the attention of all the guests.

She is nee Job. Her mum in Mother-In-Celestial Olubukola Job. Her dad is late.

Chief Obasanjo’s wife was also very visible at the party. She had arrived ahead of her husband. Hon. Adijat S.A to Gov. Abiodun on women affairs was also there looking very stylish.

Because Kabiyeesi, the Agura of Gbagura is liked by so many Big Boys, a lot of Big Boys fell in. Over 250 businessmen and friends of Kabiyeesi stormed Abeokuta for the event. Ambassador Toye Okanlawon (the Bobagunwa of Egbaland, Chief Rotimi Martins was also there.

The Balogun of Egbaland, Chief Atobatele came with his pretty wife, Veronica.

The event was star-studded. Chief Bode Mustapha, the Osi of Egbaland looked dashing as ever in his white Agbada.

The Agura of Gbagura was very happy to see all his close friends and associates in attendance. It showed that the highly principled Kabiyeesi still has a soft side to him that many saw that day. Because he danced to a few of Obey’s evergreen tunes.

Why I Chose Not To Follow My Mum’s Style Of Music – TOPE ALABI’s Daughter, AYOMIKU