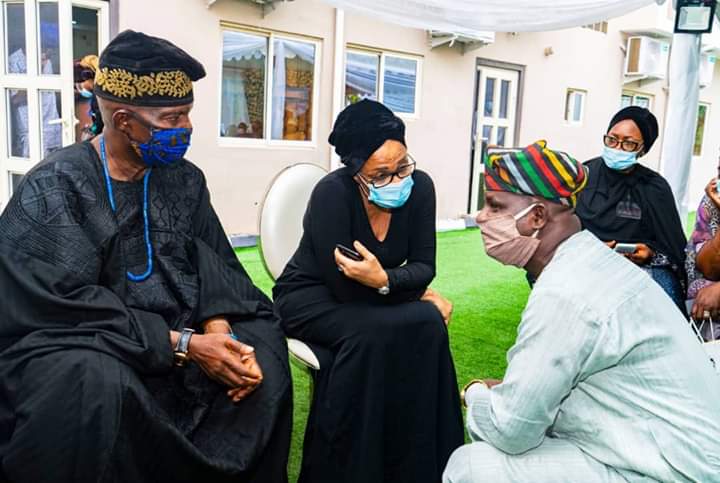 The Olubadan of Ibadanland,His Imperial Majesty Oba Saliu Adetunji, Aje Ogungunniso 1,today sent Oloye ‘Lekan Alabi,Ekefa Olubadan of Ibadanland,to deliver his condolence message to the wife and family of the immediate past Governor of Oyo State of Nigeria,Senator Ishaq Abiola Ajimobi,who died last Thursday in Lagos and was buried in Ibadan,Oyo State yesterday.

Oba Adetunji praised the late Senator Ajimobi for the remarkable achievements of his administration in the state between 2011 to 2019,when he was governor.

Kabiyesi prayed that God will grant repose to the soul of Senator Ajimobi,who was the Aare of Ibadanland,and console his family.
Oloye Alabi was accompanied on the condolence visit by Mr Adeola Oloko,the Personal Assistant and Media Director to the Olubadan.

OLUBADAN COMMISERATES WITH THE AJIMOBIs. was last modified: June 30th, 2020 by Reporter