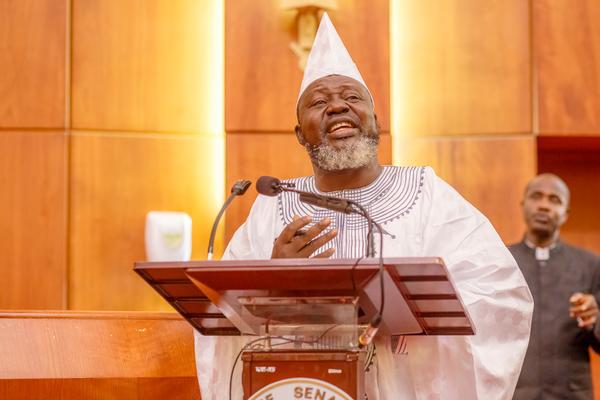 Members of Olubadan-In-Council have declared that they will not attend the installation of Communications Minister, Barrister Adebayo Shittu as Agbaakin Fiwagboye by the Olubadan of Ibadanland, Oba Saliu Adetunji.

The Council members numbering nine (9) said they will not attend the conferment of the traditional title on Shittu billed to take place on Friday.

They noted that they were neither involved in the decision nor invited to attend the ceremony.

The Council members who have been crowned kings by Governor Abiola Ajimobi of Oyo State, argued that the Olubadan did not inform them about the conferment, as prescribed by the laid down rules and regulations of the traditional council.

They added that it was not obligatory for them to attend.

Asked about the implication of their absence at the installation ceremony, the kings said it would mean the Olubadan is “acting alone”.

Speaking on behalf of the council, Oba Owolabi Olakulehin, who is also the Balogun of Ibadan, said: “It is a mere honorific chieftaincy title. On the implication, it will only not be as interesting as it should be. As far as we are concerned, he (Olubadan) is acting alone because we are not invited to the ceremony. We don’t know anything about the installation ceremony and we won’t be there.”

But the Director of Media and Public Affairs to the Olubadan, Mr. Adeola Oloko, confirmed that the monarch will honour the minister with the title on Friday.

Asked if members of the council were invited, Oloko said: “They are free to come.”

The Olubadan and nine council members who have been crowned have been avoiding each other since the elevation of the latter.

They no longer sit at the first-class monarch’s palace for council meetings.

While the Olubadan rules from his palace with the support of the Osi Olubadan, former Governor Rashidi Ladoja, the nine new obas use the Mapo Hall for their meetings.