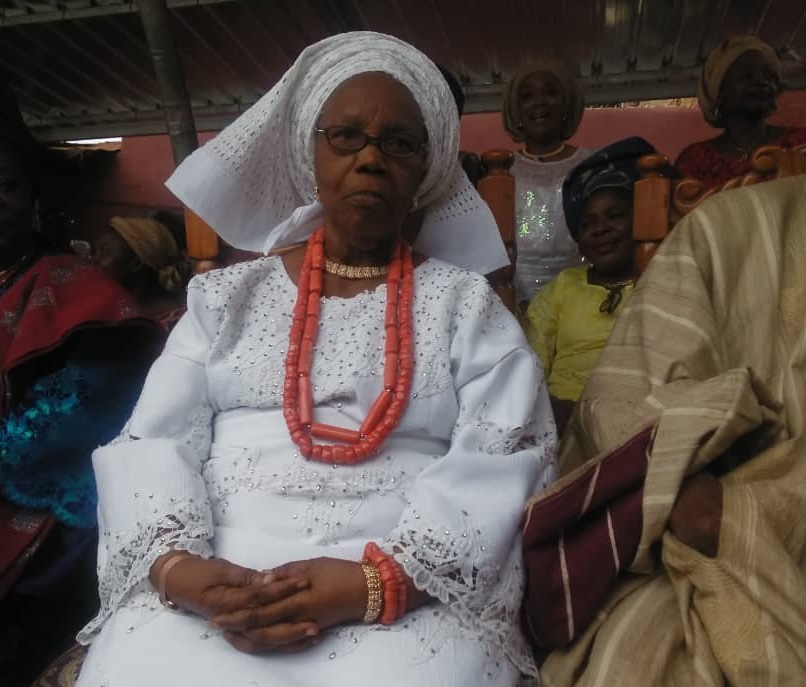 As expected of event of such magnitude, there were also different cultural displays, especially from the traditional drummers and chanters, who performed to the amazement those present at the coronation ceremony.

Oluwo Popoola Labosinde, while performing the traditional rites during coronation ceremony, whished the new Iyalode a long and fruitful reign. He also congratulated the Olubadan on the installation of a new Iyalade.

It would be recalled that Olubadan has earlier presented the new Iyalode to the Central Council of Ibadan Indigenes (CCII) and the Iyalode-In-Council sometimes in April this year when they paid a courtesy visit to the palace during the last Ibadan Week. But the coronation was delayed due to the differences between Olubadan and the immediate past Senator in Ajimobi’s led administration in the state.

In fact, there were insinuations then, that Oyekanmi, who was then the next in line as the Otun Iyalode, may likely be dropped for another candidate. But the rumour was later to be dispelled by the Olubadan, citing the existing ascension of hierarchy in chieftaincy system of Ibadanland as a perfect guidance to who emerges next in traditional positions.

The current Governor in the state, Engr. Seyi before his Inauguration, however, promised to sign Iyalode’s file, as a matter of urgency, when it presented before him. He has since fulfilled his promise and a new Iyalade has emerged.

The new Iyalode Mrs. Teraser Oyekanmi, we exclusively gathered, is a retired Nurse, who practiced for many years at the School of Nursing, University College Hospital (UCH), Ibadan.

She is said to be formerly a teacher before going to England to study Nursing. The husband, Barr. Oyekanmi is a lawyer of over 60 years of practice, and their children are mostly lawyers as well.

Mrs. Oyekanmi became the Jagun Iyalode of Ibadanland in 1975 and she since then risen through the ladder of the Iyalode line before getting to the position of Iyalode. She is said to be in her late 80s.