Home Opinion On The State Of The Naira Rags
Opinion 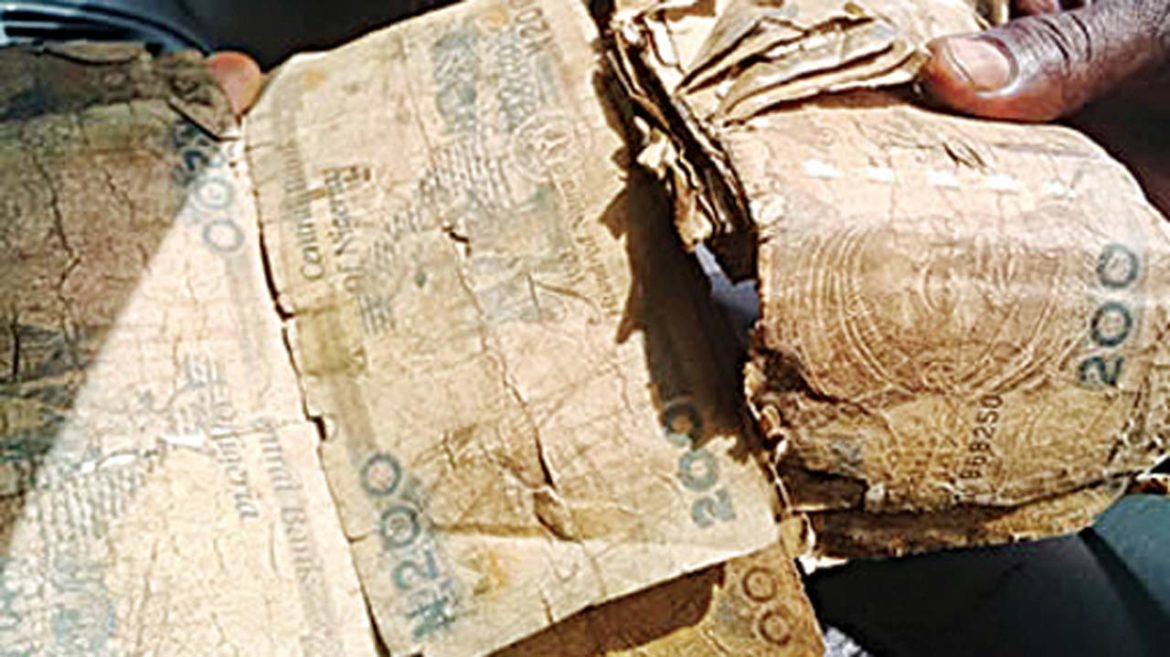 •Letter To The Editor By Chief FOLAKE SOLANKE (SAN)

In 1988, I addressed a “Letter to the Editor” concerning the state of the naira currency notes. I was constrained so to do then because of the wretched state of the naira notes. I wrote “Inter alia” that “government should….withdraw from circulation without delay all the dirty paper rags now circulating as naira notes of all denominations. They are so wretched that they constitute a veritable source of disease. Employers of banks (including the central bank) bank customers and the general public are at a great risk by handling their “currency” notes. They also damage the image of our beloved country and impair our dignity as a nation”.

Alas, the naira notes are so ragged and mutiliated and defaced that one can hardly read the numbers printed on them. Only the state of the N1,000 (one thousand naira) note is somewhat tolerable. As for the other denominations from N500, N200, N100, N50, N10 to N5, they are a national disgrace. The lower denominations are so mutilated that one can hardly recognise them by their colours. No apology has ever been tendered to “the public by the Central Bank for this flagrant breach of the loud assurance which has turned out to be absolutely bogus. As a concerned senior citizen. I now demand an apology from the Central Bank to the nation.

In 2007, the legislature, in their collective wisdom, attempted to bestow a measure of dignity on the Naira by amending the Cental Bank of Nigeria Act which provides naira alia.

Section 21 (1): A person who tampers with coins of notes issued by the Bank is guilty of an offence and shall on conviction be liable to imprisonment for a term not less than six months or to a fine not less than N50,000 or to both such fine and imprisonment.

Section 21 (3) For the avoidance of doubt, spraying of, dancing or matching on the Naira or any note issued by the Bank during social occasions or otherwise howsoever shall constitute an abuse and defacing of the Naira or such note and shall be punishable under sub-section (1) of this section.

Section 21 (4): It shall also be an offence punishable under sub-section (1) of this section for any person to hawk or otherwise trade in the Naira notes, coins or any other note issued by the Bank. These provisions are observed with impunity in the breach as Naira notes are a permanent feature at social events. They are publicly on sale at parties, under the bridges and anywhere else.

The provisions refer to “coins”. This is laughable because coins disappeared from our monetary system many years ago. When will they be restored by the Central Bank of Nigeria? Other currencies of the world have coins. Now, I end this letter by relying again on my 1998 recommendation that government and the Central Bank should withdraw the disgusting Naira rags from circulation and incinerate them AND print mint Naira notes for all of us as a gesture of respect and national pride.

Now, please over to you-Mr. Godwin Emefiele-the Central Bank Governor, the ball is in your court. Kindly oblige.

On The State Of The Naira Rags was last modified: March 18th, 2019 by Folake Solanke

The story of Dino of ABU by...