Home News ON THE STORY OF LATE ADEOLA ONASANYA
News 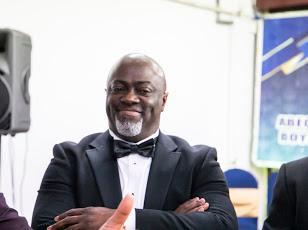 The attention of City People Online has been called to the story on late Adeoye Onasanya that made the rounds Online a few days back. Concerned friends have explained that, Yes, Adeola Onasanya did lose his battle against COVID19, but that’s where the buck stopped.

“The members of his school’s old students association have since sent their warnings that it is not true. His family have since been notified.

Below is their Press Release.

Abeokuta Grammar School Old Boys’ Association, (AGSOBA) UK/Ireland Branch. Obituary-AGSOBA Adeola Onasanya. We received the news of our dear Executive Member’s death yesterday with rude shock. We got the news through his immediate elder sister, Nike, as soon as the hospital notified her.

Agsoba Adeola’s ex-wife, children and family members, including aged parents in Nigeria were immediately informed. Our thoughts are with the family that he left behind. Adeola Onasanya attended Abeokuta Grammar School from 1978-1983.

“After his University education in the UK, he became an IT Consultant and a successful entrepreneur, having opened an African Food Store in Sittingbourne Kent, UK. AGSOBA-The oldest Alumni in Nigeria since 1921, has a Major presence in the UK/Ireland, USA & Canada.

AGSOBA Onasanya was reelected as the Auditor of UK/Ireland Branch in June 2019. He was married with 2 Boys. It is very sad that the current COVID-19 pandemic has taken its toll on many people around the world, including our Dear Brother on Wednesday, 1st of April 2020.

We implore everyone to stay safe and we pray that God almighty will forgive the sins of our dear Brother and accept him into His Kingdom.

ON THE STORY OF LATE ADEOLA ONASANYA was last modified: April 3rd, 2020 by Reporter