Ondo Election: Akeredolu wins 9 out of 12 local governments so far 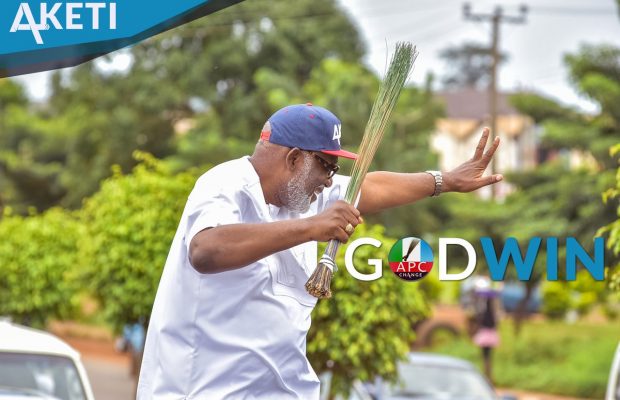 With his comfortable and unassailable lead from yesterday’s governorship election, Ondo State Governor and candidate of the All Progressives Congress (APC), Oluwarotimi Akeredolu is on the cusp of victory to a second term in office.

Out of the 18 local governments in the state, results from 12 of the council areas have already been announced by the Independent National Electoral Commission (INEC), with him clinching nine of the local governments, representing about 67 per cent of the total net results, Akeredolu is leading with a comfortable margin.

And with results from 2895 polling units of the 3009 total polling units in the state uploaded on INEC result website, representing 96.2 percent of the total result as at 3.30am Sunday morning, the governor looks increasingly out of reach of his opponents.

However, in a show of strength in their respective strongholds, all the three leading candidates in the election – Rotimi Akeredolu of APC, Eyitayo Jegede of PDP and Agboola Ajayi of ZLP – won their various polling units for their political parties.

Akeredolu, who voted together with his wife at Ijebu 2 Ward 5, Unit 6, won with a landslide victory. He polled a total of 413 votes while PDP’s Jegede scored 12 and the African Democratic Party had nine.

Jegede, on his part, won in Igbogin/Isikan Ward 2, unit 9, where he voted, polling 220 votes against the 60 votes recorded by Akeredolu, while Ajayi got only seven votes.

At his unit too, Ajayi won with 395 votes to defeat Jegede, who polled 5. Akeredolu scored 13 as AAC and LP polled one each.

Although the election started on a promising note, it initially put Jegede and supporters into a panic mode, when the card reader at his poling unit could not read his details, a development, which allegedly kept him waiting for about three hours before it was eventually rectified for him and wife to vote.

Meanwhile, a major tragedy was averted early yesterday in Ilaje part of the state, when a boat conveying some officials of INEC and election materials capsized. But there were no casualties.

So far, results coming in from the various polling units put the governor in a sure-footed lead above Jegede and Ajayi, even though the governorship contest had begun to look more like a straight contest between Akeredolu and Jegede, with Ajayi coming a distant third.

But, generally, there was low turnout of voters for a period of time even though a majority of voters wore facemasks without observing strict physical distancing.

INEC’s members of staff and their ad-hoc counterparts were on ground as early as possible, while voters also arrived in time to confirm their eligibility to participate in the process from the names pasted on the wall at the various polling units.

Observers from the European center for electoral support monitoring the governorship election in Ondo State were equally on ground to observe the process.

Complying with Covid-19 protocols, INEC officials checked temperatures of voters using the infrared thermometers as well as ensuring that voters sanitised their hands before proceeding with the election processes. 

Ebenezer Obey out with New Release I No Die O!