A traditional ruler in Ogun State, the Onibese of Ibesaland, Joel Bamgbose, is dead.

A palace source disclosed that the monarch, the 13th ruler of the town, died on Thursday at the age of 98.

Mr. Bamgbose was, until his death, one the traditional rulers who attended government functions. 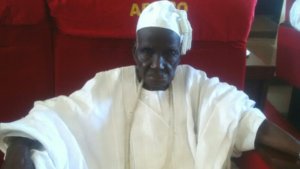 ‎Ms. Onanuga described the death of the monarch as a glorious exit saying he lived an exemplary and fulfilled life.

‎She said the government would continue to remember him for his numerous leadership roles towards achieving peaceful co-existence among the people of Ibese.

The Deputy Governor advised the people to unite and shun any rancour as they prepare to give the late monarch a befitting burial.

She said they should keep the government informed of the burial rites.

Onibese of Ibesaland dies at 98 was last modified: January 14th, 2017 by Reporter