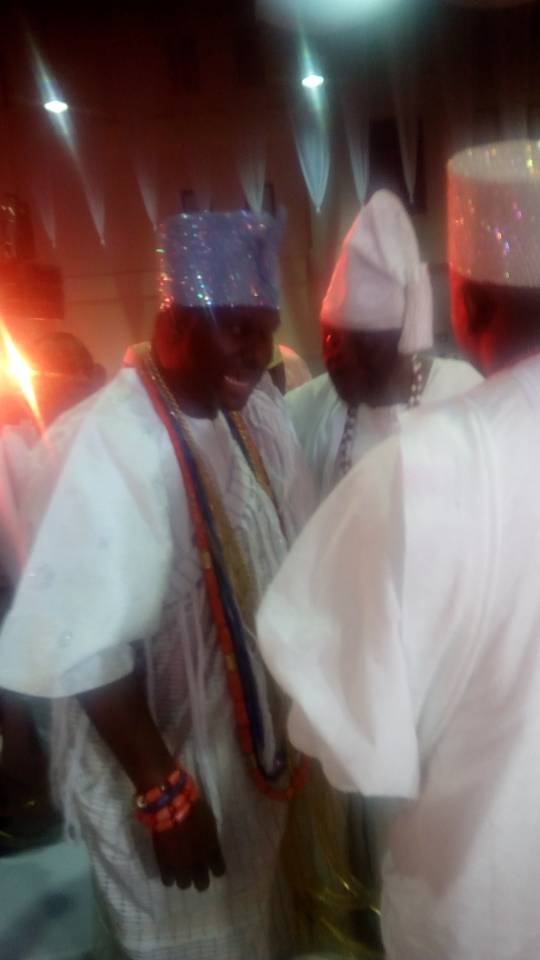 The traditional leader of the Yoruba people, the Ooni of Ife, Oba Adeyeye Ogunwusi and the Oba of Lagos, Oba Rilwan Akiolu seem to have reconciled after almost a year of alleged frostiness.

Barely 3 weeks after the two seemed to get along well while at Aliko Dangote’s daughter’s wedding in Kano, they have also been spotted together at Onasanya”s son’s wedding at Landmark event center on Saturday, March 31, 2018

The two were said to have embraced and also took seats beside each other chatting for large swathes of time which many in attendance were quite pleased with.
And they talked for more than two minutes…
So, Ooni of Ife told him they will get in torch while departing

Recall that last year in April, there was a video making the rounds in which the Ooni of Ife came over to pay his respects to Oba Akiolu, a greeting which from the video seemed to have been snubbed.

This raised eyebrows and questions were asked as to the nature of the relationship between the two.

Oba Akiolu later came out to say that he was in no way in battle with the Ooni and that he did not even snub him to begin with. 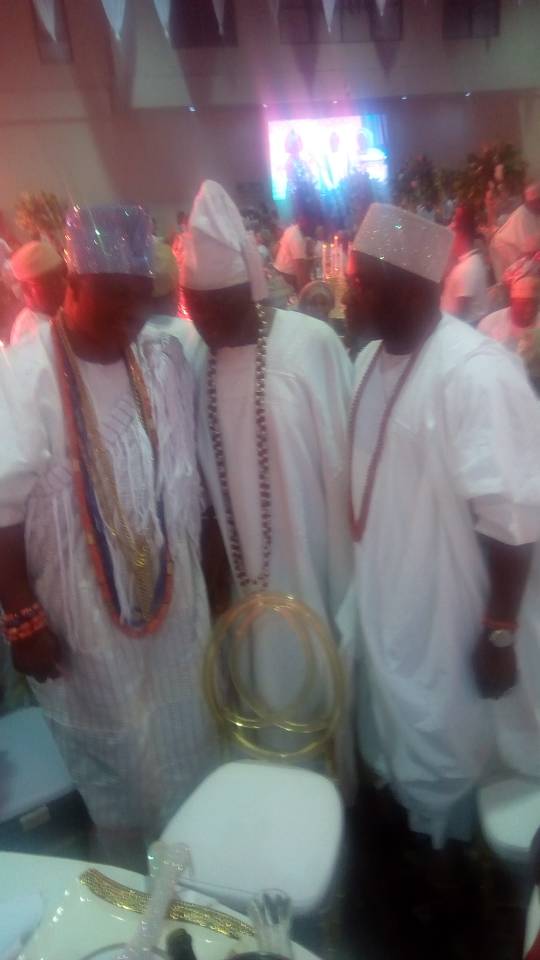 APC Looters’ list: Where is Maina, Baru, Diezani, Others? – Fayose