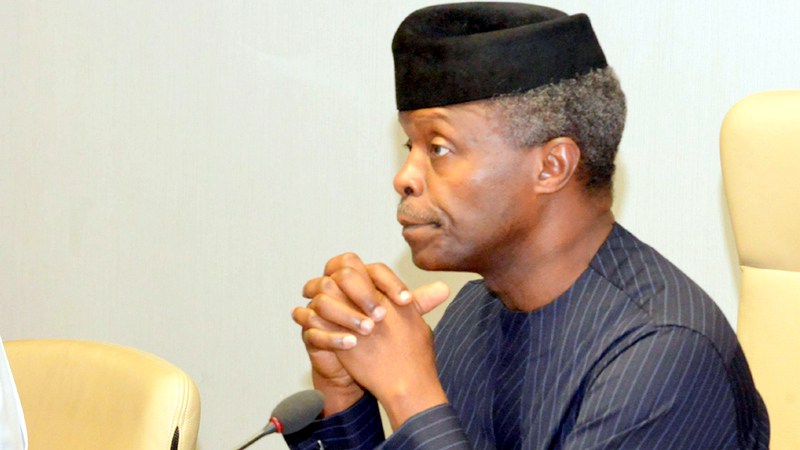 The Acting President, Yemi Osinbajo, on Friday, August 18, 2017, approved the swearing in of 24 new federal permanent secretaries at the State House Council Chambers in Abuja.

They were appointed to fill vacancies in various government agencies.

The acting president also announced the portfolios of the new permanent secretaries.

Below are the names of the Permanent Secretaries and the ministries they were assigned. 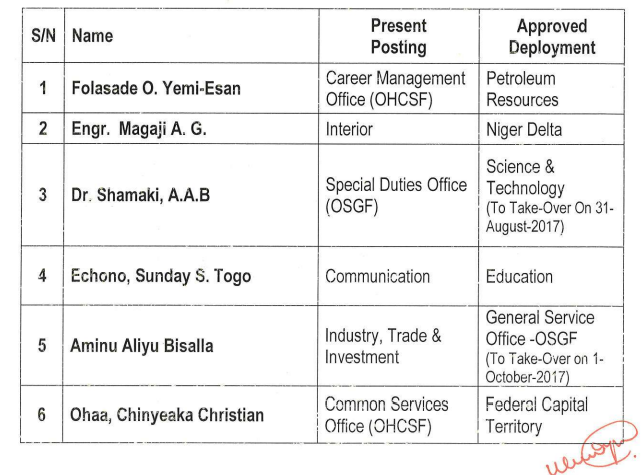 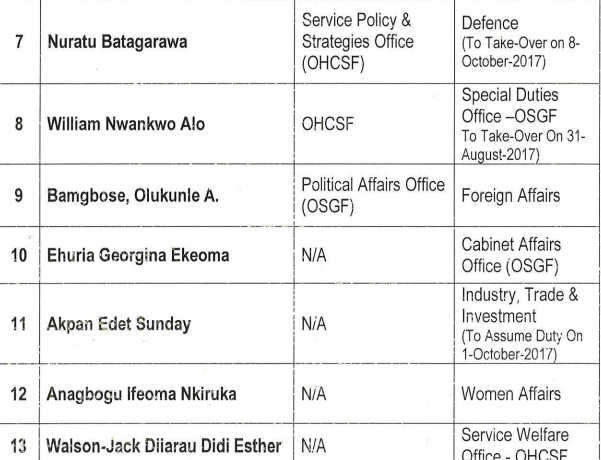 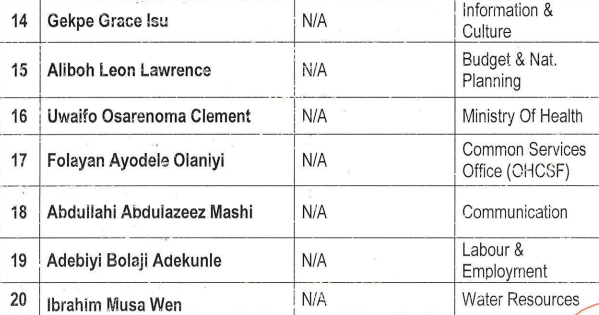 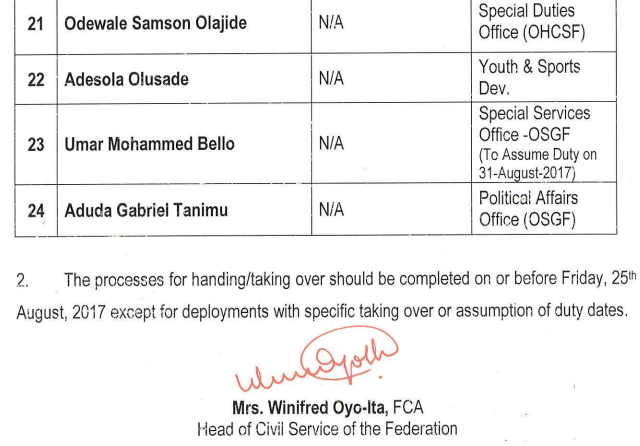 BREAKING: Buhari Returns To Nigeria After 103 Days In London