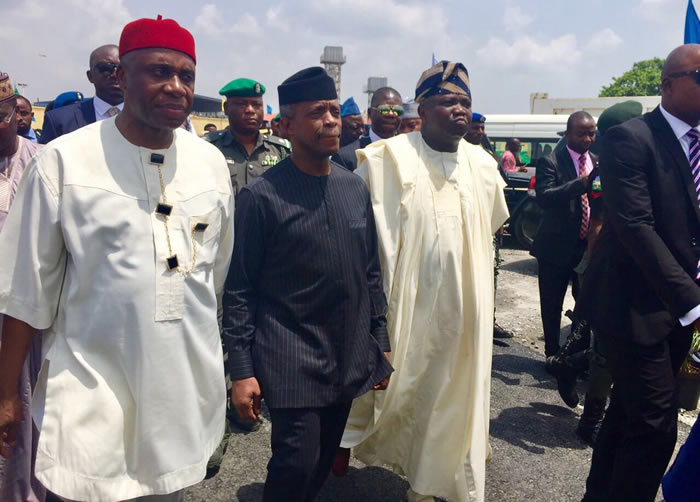 Speaking at the ceremony in Lagos, Osinbajo said the project is one very close to the heart of President Muhammadu Buhari, who renegotiated the project with the Chinese, back in 2016.

The acting president said the rail line is just one segment of the Lagos-Kano railway project, which is an integral part of the national rail project.

Osinbajo said the rail line would be ready for use by December 2018, and would ensure ease of transportation and diversification of the national economy. 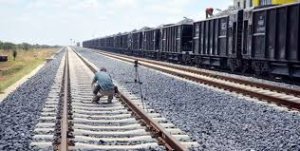 “If there is a project close to the heart of the president, it is this rail project he personally promised the people of this nation,” Osinbajo said.

“Our appreciation goes to the Chinese government, who have always proven to be reliable partners with Nigeria. As some may be aware, we have the entire Lagos-Kano standard guage track, as well as the Lagos-Calabar railway track in the 2017 budget.

“Negotiations of the Kaduna-Kano portion of the track is now completed and this phase is next in line. We have already provided our portion of funding for the Lagos-Calabar route as well.

“We expect that negotiations for the foreign component of the funding will be finalised in the next few months. The Lagos-Calabar rail will come on stream.

“An active and vibrant railway system confers many benefits on society, and our ultimate goal is to restore the railway using culture for both commercial and personal travels.

“The national railway project will create up to half a million jobs, and facilitate the movement of over 3.2 tonnes of cargo per annum.”

Osinbajo appreciated the efforts of Kemi Adeosun, minister of finance, and Rotimi Amaechi, minister of transportation for their hardwork, which made the project possible.

The rail line is expected to transport people and cargo at a speed of 150 kilometres per hour — that is Lagos to Ibadan via Abeokuta, in less than an hour.

Akinwunmi Ambode, the governor of Lagos state, Ibikunle Amosun, governor of Ogun state, Rilwan Akiolu, Oba of Lagos, were present at the flag off.

Buhari has fulfilled his campaign promises to Nigerians — Minister of Science