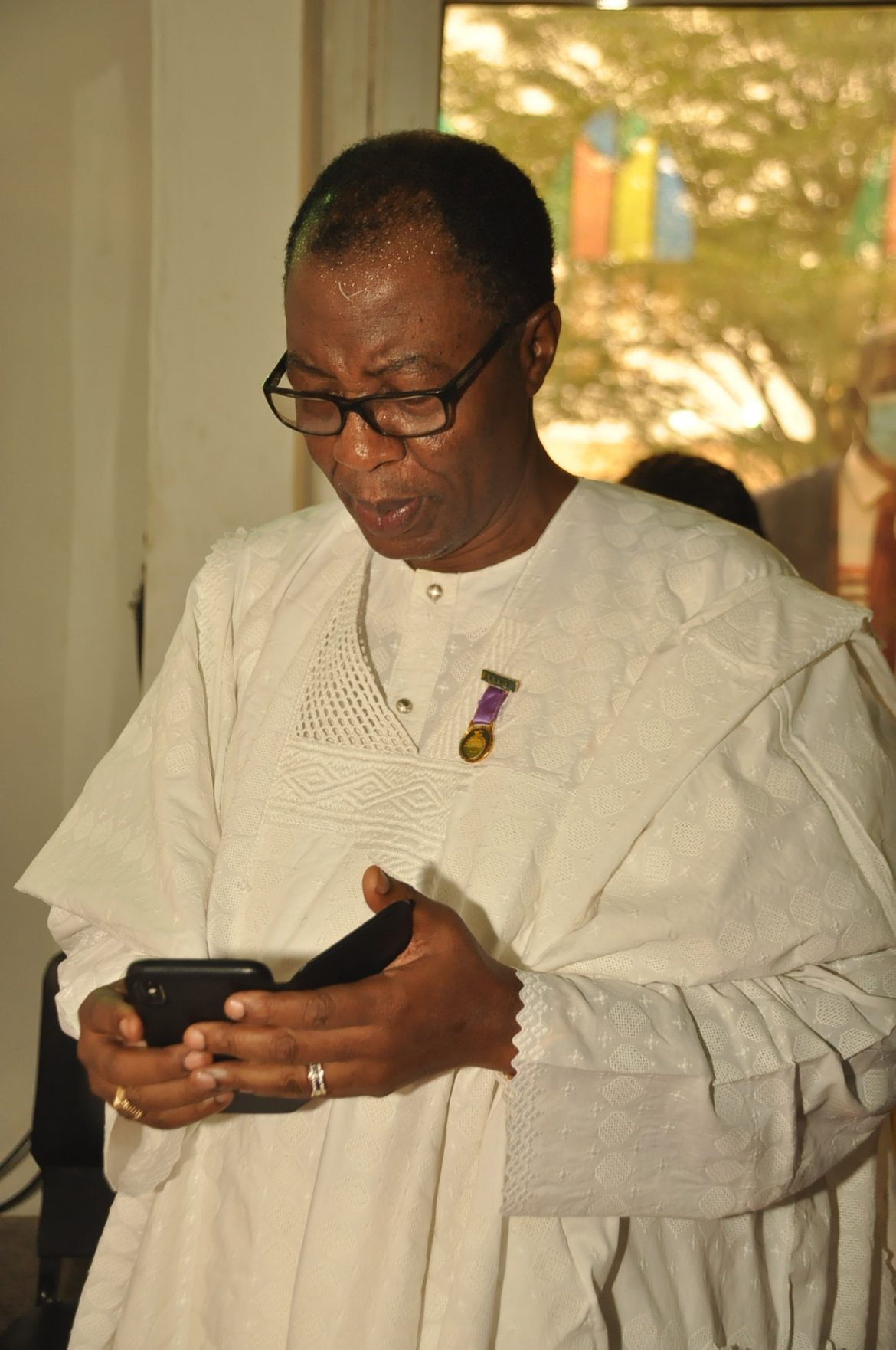 This year, the Daniel family drove into the church premises in a convoy dressed in multicoloured sequence aso ebi and matching gele. With joy, they stood,all smiles at the entrance of the church to take pictures.

Otunba Daniel and his wife Yeye Olufunke Daniel walked hand in hand into the church as the service began at exactly 10am.The church was arranged in an orderly way that all dignitaries and royalties sat at well arranged areas. Rev. Dr Wale Oyeniyi was first to Mount the alter as he declared the service opened. After this, Gbenga Babayeju and the Lifted Band sang some high praises as Otunba Gbenga Daniel danced to the rhythm.

After a few hymns, the opening prayer was made by the priest, as Temidayo Daniel climbed the alter to read from the Bible. After this, the Ijebu CAN choir made their entrance has they offered the first choir rendition.
After this, a short documentary on the life and works of Late Most Rev. Abraham Daniel was reeled on a projector. A strong sermon was led by Archbishop David Fabusoro after which Otunba Gbenga Daniel the Asiwaju of Remo Christians took the alter to deliver his speech. In his speech, he revealed his emotional moments at the service as he talked about his beautiful relationship with his father. After the speech; the family thanksgiving took place with families and friends dancing to the alter for special prayers.

As soon as the prayers ended, Funmi Sax, OOU choir and Hallelujah chorus made the next renditions. After this, the final hymn was sang and all road led to Royal Haven event center for the reception.

At the reception, Otunba Gbenga Daniel made his grand entrance alongside his wife, exchanging pleasantries with socialites and dignitaries present. As this went on, Choice band filled the air with music as other guests made their way into the hall. The Ogun East Career Women came in dressed in beautiful white lace and multicoloured gele made their entrance, including Egbe Tobalase Obalofin Obirin Akile Ijebu, dressed in mixed green gele material aso ebi and gele and the Egbe Bobagunwa Obirin Akile Ijebu who also came dressed in multicoloured sequence aso ebi with matching gele.

After Choice band thrilled the guests, Alpha band also took the stage to play danceable melodies as Governor Dapo Abiodun made his entrance. After exchanging warm greetings with the celebrant and dignitaries present, he danced up the stage to the deliver a speech. In his speech, he revealed the amazing works he was able to achieve in his 30 months as Governor in Ogun State. As this went on wild cheers could be heard among the Egbe Bobabgunwa Obinrin Akile Ijebu, Egbe Tobalase Obalofin Obinrin Akile Ijebu and the Ogun East Career Women.
After his speech, the stage was let open as people went on to merry.

One of the groups of women who came are The Ogun East Career Women, a political pressure group independent of any sort of political domination. It was founded in 2018 with Otunba Gbenga Daniel as the Grand Patron. The society consists of women from the 9 Local Governments in Ogun State, with 5 women representing each local government. It is a society populated by teachers, and local government staffs who are professionals in their field.

Members of Egbe Tobalase Obalofin Obirin Akile Ijebu also attended.They are ladies
born in 1971.It was launched in 1973 under the leadership of Iyalode Folasade Kasali, assisted by Otun Iyalode Olufisayo Ronke Akodu.

50 English Actresses To Watch Out For This Year