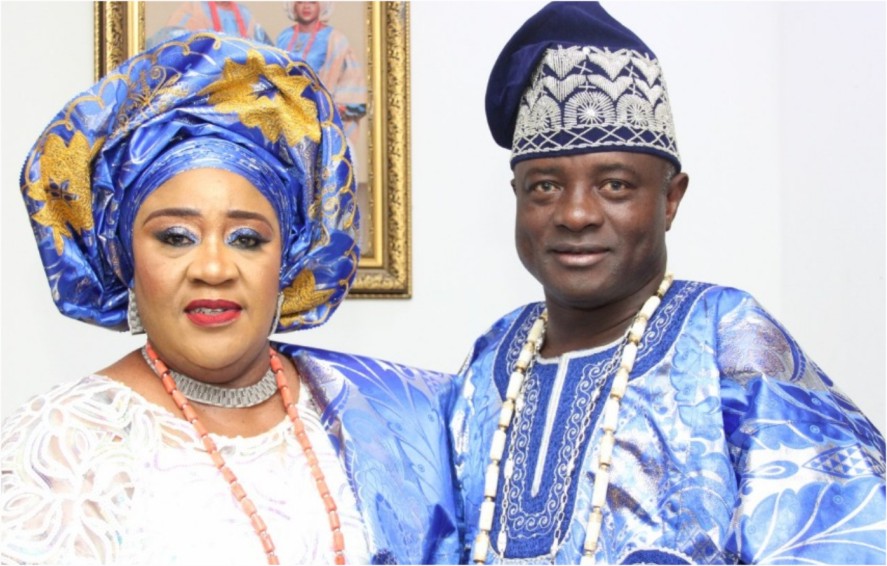 Otunba Adeyemi Aremu Saheed Lawal, is a renowned property development Czar. He is referred to by many as the 2nd landlord of Oniru Royal Estate, due to his humongous investments in terms of top notch properties in that Estate, after the owners of the land, the Oniru Royal Family themselves.

He was first a successful banker for several years and rose to top executive management level before his voluntary retirement’ to set up his now massive octopus known as the Seagle Group, with Seagle Properties Development Company Ltd as the flagship brand.

He is a fellow of ICAN and CITN and a member of many well recognised professional bodies.

Like a little acorn blessed by God, he started his primary education at Mushin Town Council Primary School in Lagos, then attended Ansar-ud-Deen Grammar School, Isaga-Orile, Abeokuta, Ogun State before going to Delta State University, Delsu Abraka where he got the degree in Economics, then later an MBA in management and an Msc in Finance from the University of Lagos. He is also a proud alumni of the Lagos Business School, London Business School and the Harvard Business School, Boston USA, where he attended the Real Estate Capital Market Program at the Kennedy School of Architecture and also the General Management Program of the business school. He also attended the City Bank School of Banking, New York, USA.

His Seagle Brand is a multifaceted growing conglomerate that’s involved in Financial Management and Advisory, Oil and Gas and his forte Projects, Real Estate and Property Development.

He is a devout Moslem, who is the Imole Adinni of Lagos and a Philanthropist par excellence, who loves supporting anything to do with education and poverty alleviation. His exploit in the support of education is legendary.

He is a memberofthe prestigious Ikoyi Club, Eko Club, Lagos Tennis Club and others.

Born December 18,1966. He is the darling husband ofYeye Ayotunde Lawal. And they have 5 magnificent kids-Dapo, Wale, Wole, Olayemi and Olamide.

He is the recipient of the “distinguished Yoruba entrepreneur Award 2017” as was presented by the ‘Arole Odua Olofin Adimula, his imperial majesty, Ooni of Ife, Oba Adeyeye Enitan Babatunde Ogunwusi, Ojaja II’.

A mother of five, who her loving husband prefers to call Oriaran is a blue blood herself from Iperu-Remo Akesanland in Ogun State, from the Agbonmagbe-Okupe Ruling House, while her grand-dad was a former Alaperu of Iperu between 1882 and 1912, her father, the late Omooba Matthew Adekoya Agbonmagbe-Okupe 1898 to 1984, who was the founder of the 1st indigenous Nigerian Bank, Agbonmagbe Bank which later became the Wema Bank Plc we know nowwas also Alaperu of Iperu.

Chief Mrs. Ayotunde Lawal is in her 50s too, just like her husband. She’s also very well educated too, having gotten her 1st degree from the University of Lagos with a Bachelor of science degree in Sociology-1985, then her MBA in Marketing from Enugu State University ESUT Business School-1999. But before Unilag & ESUT Business School, she had schooled in Ireland, where she had attended Alexandra College, Miltown, Dublin, Ireland for her A-Levels- in 82, she did her O’leveis at the famous Adeola Odutola College, Ijebu-Ode, Ogun State-79 and also again at Alexandra College in Dublin, where she got the Irish O Levels. She was first a banker at UBA where she was an Assistant Product Manager, before venturing into private business, where she’s done very well for herself, setting up many successful brands.

She is presently the Executive Director at Seagle Property Development Company Limited, while her husband is the Executive Chairman/CEO. She’s a chorister and a Bible scholar/member of The Redeemed Christian Church of God, Lekki, Lagos, where she is a prayer warrior and an ordained Deaconess, having gone to the renowned Church’s Bible College & School of Discipleship & School of Missions.

She was a former beauty queen, first as Miss Unilag in 1982, then overall campus queen then, Miss Ogun before she was the 1st runner up atthe then Miss Nigeria pageant 1986.

Chairperson, Parents Teachers Association, Corona Schools, Victoria Island and a House of Assembly’s candidate under the flagship of Action Congress, 2007.

One of the virtues that has set the new Bobamulero apart is his heart for charity. His philanthropic activities are exemplary to say the least.

In the last few years he has supported without flinching, not less than 500 students in various ways through scholarships in their educational pursuits.

As of very recent, he made a promise to donate 100 laptop computers to the University of Lagos, Akoka and not just that he would also be refurbishing their swimming pool and the cricket court to the very best standards.

He has built boreholes for communities, one of which is Gbagura.

He has also sent at least 200 to pilgrimage in Mecca. He has supported the propagation of Islam via building of mosques, donations of books, building of Islamic schools and giving scholarships both in Nigeria and Republic of Benin.

As part of his and his wife’s installation as the new Bobamulero and Yeye Bobamulero, he is donating a newly built, 3 blocks of standard, well finished, well-furnished classrooms and staff quarters to Muslim Primary School in Ikorodu. The building would be handed over on Wednesday, May 26, 2021.

At Seagle, we are a first class, well experienced property development company that was incorporated more than 15 years ago.

So we have the compliment of more than a decade in the business. We have developed/built & successfully delivered about 200 different types of contemporary luxury apartments of different sizes in the space of our 15 years of existence.

From our one (1) bedroom stand out apartments to our exquisite 2, 3, 4 bedrooms apartments and then our super luxury penthouses/maisonettes either for rent or sold outrightly. We do not just build standard, well applauded & environmentally friendly properties.

We are also into first class facility & property management and real estate advisory. We take pride in the fact that we are one of the best at what we do.

Our mission statement has always been to deliver the best in a fantastic, well structured environment, without compromising quality at any level whatsoever.

A testament of how good our properties are, is why we are always oversubscribed.

Lagos State was created on May 27, 1967 and it was divided into 5 administrative divisions, Ikeja, Badagry, Ikorodu, Lagos (Eko) and Epe-IBILE. These divisions are what were later divided into 20 Local Government Areas (LGAs) with a further 37 Local Council Development Authorities (LCDAs) added.

The Ikorodu division is named after a very popular vegetable plant Odu that was found very plentiful around the area by the first settlers hence it was called Oko-Odu meaning Odu Farm which became Ikorodu.

The farmland was the first settlement of a Remo crown prince by the name Oga, who is said to be the founder of the town, hence the reference Ikorodu Oga. Ikorodu has Ikorodu Local Government and 5 LCDAs-Igbogbo-Baiyeku, Ikorodu North, Ikorodu West, Imota and Ijede.

The Ayangburen of Ikorodu Kingdom is the Paramount ruler of the Ikorodu Division and the Ayangburen is none other than His Royal Majesty, Alaiyeluwa Oba Kabiru Adewale Shotobi, Adegorushen V.

Ikorodu predominantly consists of the Ijebu and Remo groups and also the Eko-Awori population and the indigenes are mostly traders and farmers.