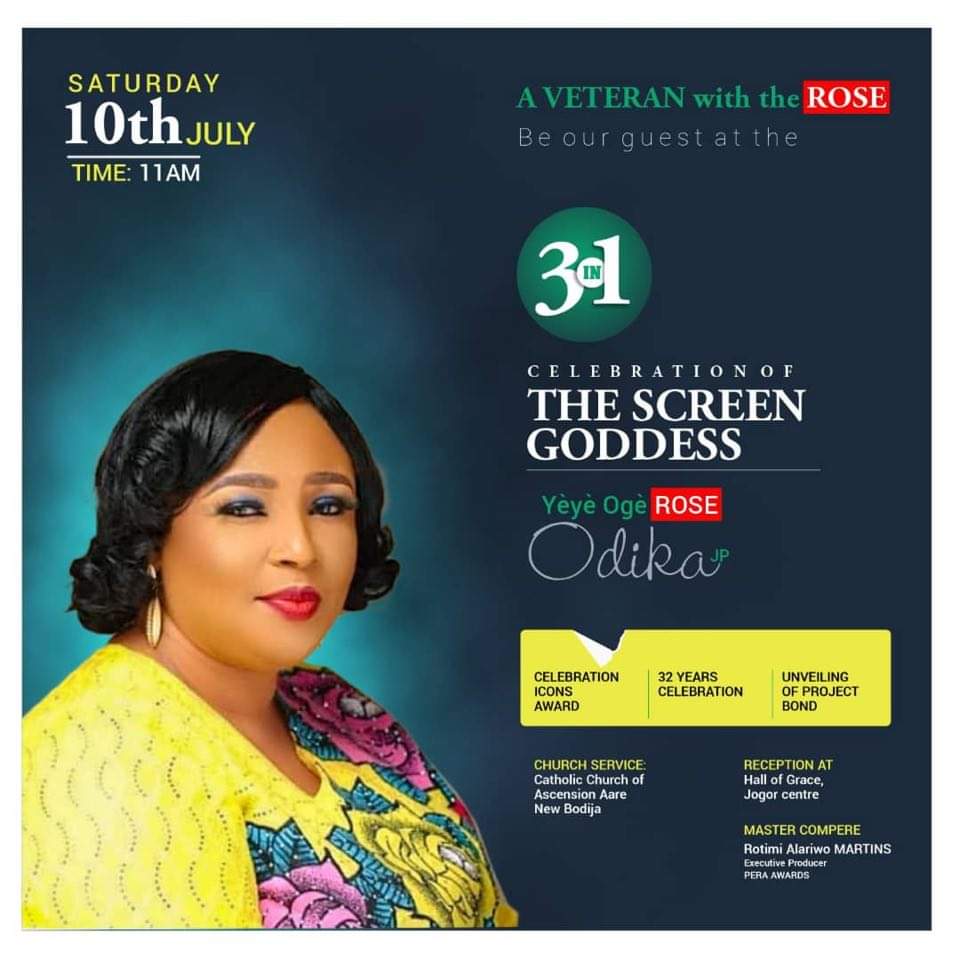 On Saturday, 10th July 2021, the ancient city of Ibadan bubbled, as one of the star actresses making waves in the Ibadan movie industry, Yeye Oge Rose Odika (JP) celebrated a 3-in-1 event.

Yeye Oge Rose Odika who is the Oyo TAMPAN Governor celebrated her 32 years on stage, in grand style. She unveiled and raised funds for her pet project, The BOND project, a project which according to her, was borne out of the need to promote our core values so that we can live in a better society, as many people have lost their values in the society today.
She also awarded many dignitaries she holds in high esteem in her life. These are those who have played a great role in her life. She calls it Role model/Icons Award.

The popular Hall of Grace, at Jogor Center, situated along Liberty road, Ibadan was filled to the brim, as many of her veteran colleagues, even the younger ones in the movie industry, especially, Oyo State TAMPAN members came out to celebrate with her.

The 3 -in-1 celebration started with a Thanksgiving service at St Catholic Church, Bodija, before all the guests moved to Jogor Centre.