Pastor Agrees to Swear By Oba’s Juju in Benin Community 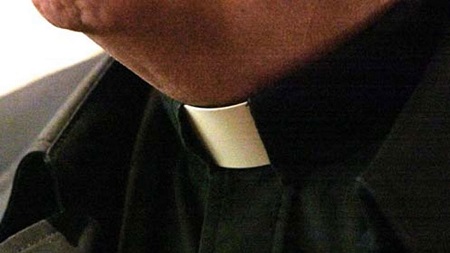 A pastor has stunned people with his actions as he agrees to swear by juju after being accused of wrongdoing.

Cleric of the Winners Chapel Church, Pastor Blessed Ighiwi, has said he was prepared to swear by Ogun-Oba to prove his innocence in allegations levelled against him by some elders and traditional ruler of Egba Community, HRH Palmer Omoregbe.
Blessed was the chairman of outlawed Community Development Association (CDA) at Egba village and was arraigned before the Benin monarch for continuing with CDA activities, despite the ban.
The cleric agreed to swear by Ogun-Oba when he appeared at the Ugha Ozolua in the palace of Benin monarch, Oba Ewuare II.
He was also accused of suspending the traditional ruler, harassment of community members who disagreed with him, sale of 10 plots of land belonging to the Oba of Benin, highhandedness and lack of respect for traditional authorities.
Omoregbe said: “’His Majesty’, Blessed and his peoples have chased me out of Egba. Whenever I called for a meeting, they refused to attend. He has said CDA activities must continue, despite your announcement.
“I want you to restore my powers so that I can rule effectively.”
Blessing said: “My Lord, I am innocent of all these accusations. I did not suspend the Enogie. I do not have such powers to suspend a traditional ruler. I brought peace to the community after 37 years of crisis.
“I do not know what happened to the Oba’s land in our community. All these things people are saying against me are lies. I am prepared to swear by Ogun-Oba alongside all these people making allegations against me.”
Pastor Agrees to Swear By Oba’s Juju in Benin Community was last modified: May 19th, 2017 by Arinze Ago

HOW TO SURVIVE THE 3-WEEK NYSC ORIENTATION CAMP