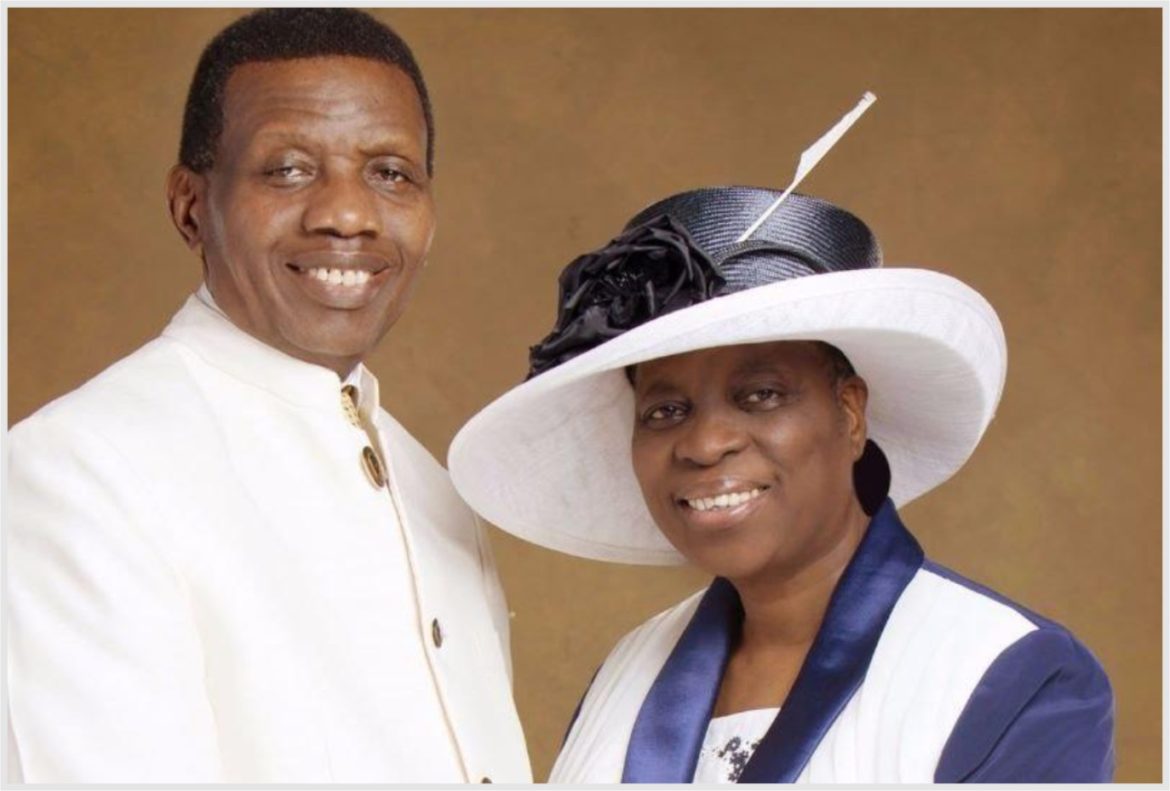 The marriage between Pastor Enoch Adeboye and his lovely wife, Folu is one that has stood the test of time. They are a perfect example of a Godly ordained couple and this has shown in their lives, in the lives of their children who are all married and also in millions of couples who see them as their mentors. Their love story dates back to many years ago. After a few years of courtship, in 1967, Enoch Adeboye got married to his beloved wife, Foluke née Adeyokunnu and they have 4 children: Leke, Adeola, Dare, Bolu Adubi and every one of them has a key role he/she performs in the church. Pastor Adegboye and wife have been married for over 50 years. Their love story has often been told by the couple in books that have been published about them and most importantly the book on Pastor Adeboye’s life and his calling that was launched on his 75th birthday a few years back. The book revealed all you need to know about the power couple. The couple did their court marriage on September 8, 1967, and had their church wedding on December 17, of the same year.

At a time in a rare occasion, the general overseer of the Redeemed Christian Church of God, Pastor, EA Adeboye and his wife, Foluke, made major headlines in a public display of love by kissing each other which got all the social media buzzing with the news. Apart from being a man of God, who carries a special anointing and well respected by all, Pastor Adeboye is a loving, caring and romantic husband as said by his wife in countless times, no wonder during a book launch when he clocked 75, he revealed that their marriage was 50 years at that time and they were still on honeymoon.

The marriage between Pastor Enoch Adeboye and his lovely wife, Folu, is one that is evergreen.

In the book, “for such a time as this, A portrait of Pastor Foluke Adeboye” which is an exhaustive book written by Pastor Afolayan Nwabuogo Adefope, a Redeemed Pastor, who serves as the Pastor-In-Charge of RCCGNA- Christs for all Nations, Marietta, Georgia, USA and also doubles as the executive editor of VIRTUE magazine, the official publication of the RCCGNA Women in Ministry, Pastor Adeboye specially dedicated a page to his wife and he talked about how he met and toasted her 53 years ago. Excerpts from chapter 12 of the book is entitled: “MY WIFE & GIRLFRIEND”.

I met my wife by divine appointment. I said divine appointment because before we met I had been in various relationships and she was supposed to be just one out of many. But then on my birthday, she gave me a birthday present of a small New Testament Bible and two snow-white handkerchiefs. By the time I got these gifts; something within me made it clear to me that this is the woman I will marry. Before that day was over, I had written off all the other girlfriends and by the grace of God, I have been able to stick to her alone since that time.

We met in 1965 and got married on the 8th of September, 1967. The only challenge I could say we had during our courtship was the strictness of her dad who was a Minister in the Methodist Church. So, some of the things we born again Christians would have loved to enjoy were not allowed. I could only visit his daughter when someone else was present. If we went for a stroll, it had to be for a very limited time. Looking back now, I am very grateful to God for this because the old man was following very good examples laid down by the Scriptures. We got married in 1967 at very tender ages.

I was only twenty-five and she was nineteen years going to be twenty. Our wedding was very simple, owing to our financial situation, but very beautiful. The reception was also simple as there was no cake to cut and no special honeymoon or anything of that nature. However, the guests who attended were treated to very delicious pounded yam. Everything went very smoothly from thereon.

As soon as we got married, a lot of people who came to see us kept on saying that because of our age, they hoped we would not quarrel. They wondered whether or not the marriage would be trouble-free. After a while, I said to my wife that it seemed as if these people are expecting us to have problems, why don’t we decide on our own to disappoint them. So, we reached an agreement that the two of us would never be angry at the same time; when one is angry, the other would keep quiet. By doing so we would be able to make sure that there was no breakup in our marriage. We would stick with this pact till we meet the Lord Jesus Christ and by the grace of God when we meet the Lord, our honeymoon would begin afresh. The honeymoon is still continuing till today, glory be to God. Someone invited us to the Redeemed Christian Church of God and we became born again in the year 1973.

After we became born again, things changed dramatically for the better for us. We had new joy and peace. It was as if our love blossomed afresh and two years after that I became ordained as a Pastor. As a result of this, the respect of my wife for me grew tremendously.

I must also add that shortly after our wedding, her father died in the year 1969 and I had to take on the role of her father. By the grace of God, I have been treating her not only as my wife but also as my daughter. I am also her Pastor.

In the ministry, she has been extremely helpful. In fact, when I look back now I just wonder what my life would have been like without her. I don’t see how I could possibly have coped with the ministry that God committed into my hands without this woman. She is not only in charge of the children’s ministry, the women’s ministry and African Missions which are her passion; she is also in charge of the educational sector of the ministry. During the outreaches, congresses, conferences, conventions and other big occasions, she is also there coordinating and supervising what is going on in the kitchen. I wonder how I would have coped but for the great strength of character that God has given my wife.

My advice to all married couples is that they should know that two are much better than one. If two persons, particularly husband and wife should co-operate very well, they would achieve tremendous results. My number one prayer partner is my wife. We fast together and pray together. We like to do everything together even though the work is expanding now. Occasionally, she has to go in one direction and I have to go in another, but whenever, we can manage, we make sure that we go together and minister together. This is my advice to men who have capable wives. They should encourage their wives to fulfil their potential and destiny in life. I don’t think a husband should be threatened by the talents of his wife. Rather, he should harness such talents particularly for the kingdom of God and the family as a whole.

I want to thank God over and over again for my wife. On several occasions, we have fasted for forty days and forty nights together. She was there with me when I had nothing and she is still there with me now that I am a bit more comfortable. We thank God that our love for each other is growing stronger day by day. As I said earlier, we are still on our honeymoon even though we have been married for over forty years. We believe that we shall remain on honeymoon till the Lord returns.

Our fervent hope is that neither of us would die till the Lord returns so that we can go together at the rapture. God bless you. Pastor E.A. Adeboye, General Overseer, The Redeemed Christian Church of God.

Also in another book written by popular author, Bisi Daniels, entitled, Stories of Pastor E.A Adeboye: The Power of Testimony, the renowned Pastor, Adeboye, revealed that he was the least qualified suitor coming for his wife then.

He said, “There were many of us contesting for the hands of my wife. I wanted to marry a beautiful Princess, but I was the least qualified among the many suitors. Out of the number, three of us were at the forefront.”But I was a student, while one of us was a lawyer who owned a car. All I had was a ‘foot wagon’ (moving around on foot). I decided to let her know my financial status.”I said to her, ‘Please, listen. I have nothing; no money, no house, no influence, nothing.’ I told her that if I had anything at all, it was the little brain God gave to me. ‘I have nothing to offer you except myself. If you will marry me, you will have me to yourself completely.”Many times over, Pastor Adeboye has shown to the world that his wife is surely the best part of him and never hesitates to openly show his affection towards her even in public. Today, their love keeps waxing stronger and together they live in harmony with their God-given children and wonderful grandchildren.

READ ALSO: WHAT GOV. SANWO OLU IS DOING IN THE HOUSING SECTOR

Pastor E.A ADEBOYE Reveals How He Fell In Love With Mummy G.O was last modified: February 10th, 2020 by Tayo Oyediji

What Gov. SANWO OLU Is Doing In The Housing Sector