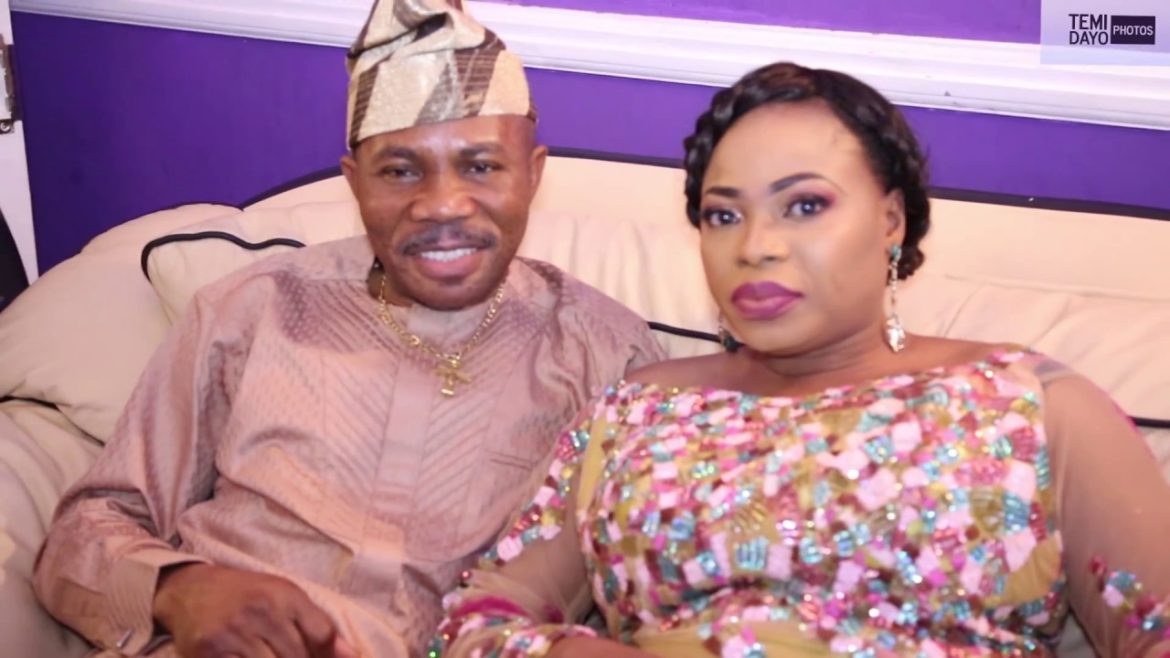 Last Sunday, Rock of Salvation Apostolic Church (ROSAC) celebrated its 23rd anniversary. Pastor Israel & Mary Olubori hosted thousands of church members from all over the world to celebrate with them. Below are exclusive stories about the church.

HOW IT ALL STARTED

Rock of Salvation Apostolic Church started as a Prayer Group as directed by the Holy Spirit to cater for the yearnings of multitudes who beseeched her one room apartment at Oju Odo Olomi (where the name ROSAC was given in a trance during a 7 days dry fasting by the Prophetess) in search of revelations and solutions, the Holy Spirit then directed Prophetess Yetunde Mary Olujuwon Olubori (nee Adeleke) to start a prayer meeting on a mountain called ORI OKE OJOO. The meetings were between 9am-3pm under a tree.

In mid 97, she met her husband Pastor Israel Ayanfe Ademola OLUBORI on the same mountain when he came separately to pray. She gave him a message and they stuck together as he got to know her new house at ALAJA META MUSLIM. On the 1st of October 1997 the foundation of the Church was laid and it coincided with Prophetess Mary Olubori’s birthday. Later in October, services commenced and on the 8th of November 1997 the Church first Anniversary/Fund Raising was made and on the 19th of November 1997 they got married on a mountain called OLORUNKOLE. Since then, the Church has grown in leaps and bounds and spread from the first remote location in Ogbere to Sanyo and then Havilah Mountain of Fire Amuloko before the train moved to Lagos in 2007. The church spread to the United Kingdom in 2008 and the spread continues as they have had calls from other nations to come and plant a Church. They have been to Dublin in Ireland and U.S.A for Revivals.

ABOUT THE LONDON CHURCH

The London Church was established after the emigration of Prophetess OLUBORI to London and it started as a prayer group in her house and later moved to Clock House, before it got a bigger hall at Ledbury Community Centre at Old Kent Road. The Church is currently located at 25 Orion Business Centre, Surrey Canal Road, off IIderton Road, Old Kent Road London SE14 SRT. The Assembly of New Beginning has grown from glory to glory. Revivals are ongoing in Ireland and U.S.A. in preparation for a new branch. Long live ROSAC!

Thee two first met in July 1997, at a prayer mountain, where the then Prophetess MARY ADELEKE was organising a prayer meeting. She happens to met her husband known as TADE DEMOLA AKANDE on a portion of the mountain, doing a private meditation and she gave him a message and was later attracted to her. In answer to the prayer of the wife not to start a formal church service until she is married, they got married on the is” of November 1997. The ministry has since been that of planting and watering the seeds and God bringing the increase. Their ministerial gift covers the 7 folds ministry and the hand of God was upon them. The wife carries the Angelic and the Prophetic, the husband adds the Apostolic and the Teachings; and they compliment each other such in a way that the Holy Spirit likened them to “Thunder and Lightning”. The wife represents the spirit and the husband the word. The two have remained one Inseparable entity basking in the strength of Christ Jesus to achieve and accomplish the extraordinary. ONE FOLD; ONE SHEPHERD; THEY CARRY ONE SWORD; ONE ANOINTING; ONE NAME; ONE IDENTITY; AND ONE VOICE; THE TWO SHALL BE ONE!.

The first ROSAC first family were then known and popularly addressed as AKANDE. But the Holy Spirit ministered to them in the year 2004 “and changed our names like that of Abraham and a host of others. God added Olujuwon to the wife’s name and Olubori Israel Ayanfe to the husband’s name. But in the year 2006 the Holy Spirit directed that the family name should be replaced with one of the husband’s name as he was entering a new covenant with the ministry starting from the first family and they have since then adopted the name OLUBORI as the family name to ratify the covenant. The name OLUBORI is a divine name that is self explanatory –“GOD PREVAILS” “GOD WINS” or “GOD OVERCOMES”.

HAVILAH THE PLACE OF GOLD (ILE  TO DARA)

Havilah, “the Place of Gold” is adopted from the book of Genesis 2:11-12 “The name of the first is Pison; that which compasseth the whole land of Havilah, where there is gold; and the gold of the land is good; …. “ established by God’s directives in May 2005. It is a deliverance mountain commission to deliver those who are oppressed, suppressed and dis-possed by the enemies, since its inception there has been loads of unending testimonies and miracles from people home and abroad who have come to experience and encounter the God of Olubori. Havilah is broad in size, has a MIRACLE THUNDER POOL (for all healings and miracles) situated on the main prayer ground, far on the eastern part of the mountain is the MERCYLAND, Havilah prides itself with a developing facility like Church auditorium, Prayer halls, Mini accommodation for visitors, in-house water facility, Shopping Stall, etc.. .. the Havilah Cathedral is under construction and other structures to be completed very soon ….. Visit Havilah today and your life will never remain the same.

THE CHURCH BUILT ON THE ROCK

In response to God’s call to locate a particular mountain in Anuloko in Ona Ara Local Government in Ibadan, the church got to the appointed land in May 2005 and the Mountain has since been a beehive of activities.

After the Great Deliverance of 2007 on Havilah Mountain of Fire, the Lord told them it was time to move to Lagos. And Oko-Oba, in Abule Egba was their 1st destination.

A church was built but had to be abandoned, as they relocated to Agedo close in the Berger area of Lagos and later to Event Centre in Agidingbi in Ikeja before a permanent site was bought at No 17, Dada Street, Ifako Ijaye, Agege. The church was founded on the 5th of August 2007 and has not failed to live up to expectation.