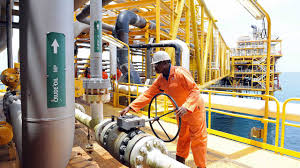 The Petroleum and Natural Gas Senior Staff Association of Nigeria (PENGASSAN) has threatened to withdraw its members’ services nationwide if the federal government refuses to address their grievances especially the non-payment of salaries.

It is not clear when the workers would commence the action. But, a senior official of the association, who requested not to be named, told PREMIUM TIMES the executive of an affiliate of the group called the Regulators’ Forum resolved at the end of its meeting on May 28 to withdraw their services after a seven-day notice issued to the government.

On June 8, PENGASSAN wrote to the Minister of Finance, Budget and National Planning, Zainab Ahmed, to protest the decision by the government to withhold the salaries of some of its members working in federal government agencies across the country.

In the letter signed by the General Secretary, Lumumba Okugbawa, PENGASSAN drew the minister’s attention to it’s refusal to release the personnel allocation for these agencies for May.

Mr Okugbawa told the minister this has resulted in the salaries of members of PENGASSAN in these agencies not being paid for May.

He said the decision to withhold the salaries was at the instance of finance ministry which directed that workers not captured by the lntegrated Payroll and Personnel Information System (lPPlS) should not be paid their salaries.

“You may recall that the Association made its position clear that we are not averse to the government’s intent on restructuring, or repositioning the agencies through its policies, including the introduction of the lPPlS. However, the IPPIS as it is currently set up seems not to have captured our peculiarities,” the PENGASSAN scribe said.

He recalled a series of meetings convened by the ministry with a committee constituted to address the concerns of the staff of the affected government agencies.

However, Mr Okugbawa expressed regrets that the meetings failed to resolve the issues as “the IPPIS representatives failed to give the necessary cooperation needed for a fruitful conclusion of the matter.”

He said the Association was surprised that while the matter was still being discussed, the ministry directed the withholding of allocations for personnel costs to these agencies, resulting in the non-payment of salaries to their workers for May 2020.