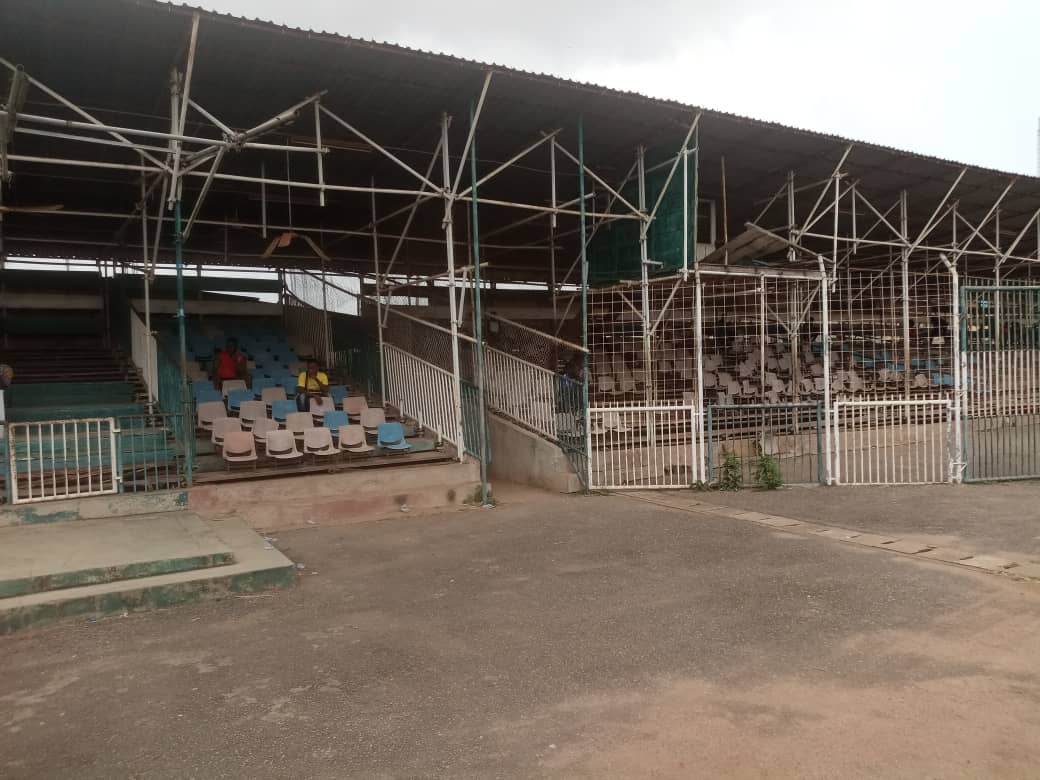 Founder of Penpushing media, Prince Dimeji Kayode-Adedeji has expressed disappointment on the neglect of Muda Lawal Stadium Abeokuta by immediate past and current government of Ogun State, and called for need by present administration to pay attention for the urgent renovation of the stadium.

The media practitioner expressed his disappointment at the poor state of the stadium in an interview with journalists at finals of Egba Youth Soccer Championship which took place at the stadium, pointing out that it is worrisome that the known stadium across the globe in the 80″s has become a desert and the entire vicinity in tattered

“Honestly, I am not happy or impress with the condition of the stadium. As we can all see, no grass on the field, spectators stand the state box in ramshackle conditions. These have even turned into death trap for spectators. I also took time to visit offices within the stadium; they are nothing to write home about. The previous government and current administration are liable for the neglect” he emphasised,

Penpushing further reports that, the former Public Relations Officer of Youth Sports Federation of Nigeria (YSFON) Ogun State Chapter passionately appealed to Governor Dapo Abiodun to take time in visiting the stadium and see things himself, to know and see the urgent need to bring back the lost glory of the once a popular stadium.

“This is a stadium that has hosted number of continental matches in the 80″s. There is no famous Nigerian footballers that didn’t play there. I can recall names such as Christian Chukwu, Segun Odegbami, Emmanuel Okala, Muda Lawal (whose stadium was named after), Best Ogedegbe, Raymond King, Felix Owolabi and Adokie Amasemaka among others”

Penpushing also reports that, Kayode-Adedeji, who was a former executive member of Sports Writers Association of Nigeria (SWAN), Ogun State Chapter said history of sporting activities in the state will be incomplete without mentioning the stadium, adding that number of footballers discovered by the Youths Sports Federation of Nigeria (YSFON) also had good taste of the stadium before coming to limelight.

“Once again I want to passionately appeal to Governor Dapo Abiodun to please for God sake, pay attention to this once bubbling and popular stadium on need to bring back it’s lost glory.Doing that will be to his credit and the sporting world will not forget him. No government in Ogun State can detach the stadium from whatever success recorded in sports. I am also convinced that renovating the stadium to good taste will also make late Muda Lawal, whose stadium was name after to be happy in his grave