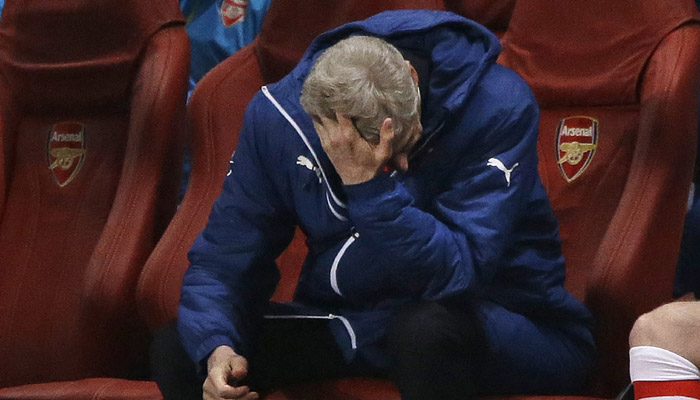 Arsenal manager, Arsene Wenger has called on supporters to stick by his team after describing the 4-0 loss to Liverpool as “absolutely disastrous”.
The Gunners failed to register a shot on target in a lackluster display that drew criticism from fans and pundits.
“If some people feel as if I am the problem, then I am sorry that I am the problem,” Wenger told Sky Sports.
“But we want our fans to be with us even in a losing performance like that.”
He added: “The only thing we can do is come back and give them a better performance.
Wenger signed a new two-year deal at the end of last season, despite calls from some supporters for him to be replaced.
The club finished fifth in the league, meaning they missed out on Champions League football for the first time in Wenger’s 21-year tenure, but won the FA Cup.
Wenger left club record signing Alexandre Lacazette on the bench at Anfield, but was able to give forward Alexis Sanchez a first start of the season.
However, the Gunners were overrun by goals from Roberto Firmino, Sadio Mane, Mohamed Salah and Daniel Sturridge and when asked what was wrong with the performance, Wenger said “everything”.
“We were not at the right level from the first minute – physically, technically and mentally – and we were punished,” said the Frenchman.
“Today our performance was not acceptable. It is true today we were an easy opponent for Liverpool.
“Our performance was absolutely disastrous. Not to become too emotional, we have to take some distance, and there are some reasons behind it, and the players now go on their international break, but we do have to take the consequences of our performance today.”

Blame Us, Shout at Us, Criticize Us – Arsenal Star, Ozil Publicly Apologizes After 4-0 Humiliation by Liverpool