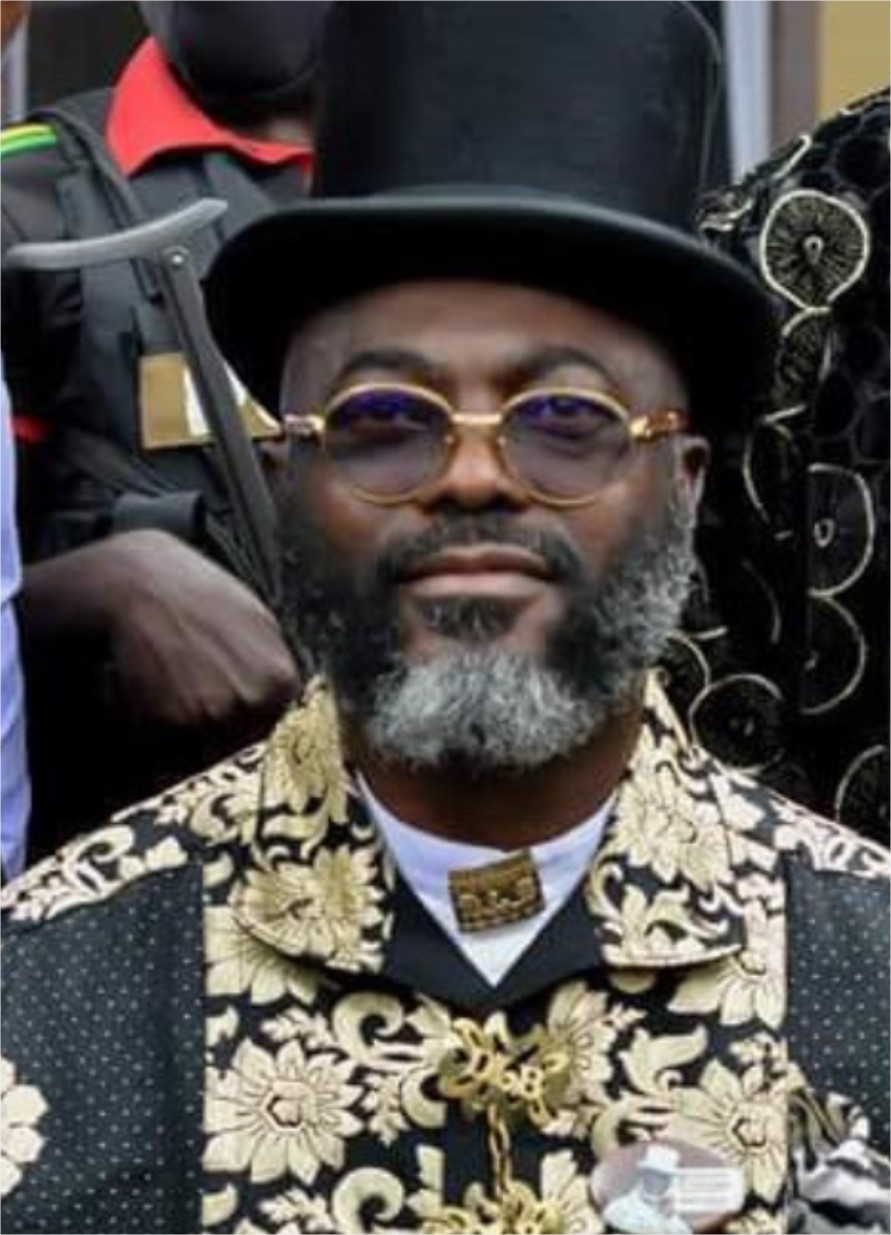 High Chief Dumo Lulu-Briggs in 2015 came up with GREYSTONE TOWER, a mixed-use estate development project. It is a vision to bring light on to the skylines of Victoria Island, Lagos. It would be an exquisite and eye-popping real estate, an 18-storey high rise project tagged: GREYSTONE TOWER” located on Idowu Taylor Street, Engineering close Victoria Island, Lagos. By 2019, GREYSTONE TOWER was up in the sky completed and well-furnished for use, making the total ground area of 2,031 square meters. Indeed, it is a site many have been trooping to see in Lagos.

The Ahmadu Bello University, Zaria, Kaduna, graduate of Law who also has a Master’s degree in Law LL.M, from United Kingdom is a prodigy who always stands out in a crowd. His mixed grey hair and an alluring personality is always a cynosure. He didn’t have silver spoon in his mouth early in life, but grew up with his mother toiling in the streets of Port Harcourt. He sold Akara beans cake delicacy before his father, in 1992, hit it big in the indigenisation policy of a former Military President, General Ibrahim Badamosi Babangida, who graciously granted Oil Mining Licence to the late High Chief, Olu Benson Lulu-Briggs’ Moni Pulo Petroleum Development Company Limited. This is the pedigree of Nigeria’s silent hardworking businessman multi-billionaire in dollar, High Chief Dumo Lulu-Briggs, who currently is the Chairman of Platform Petroleum Development Company Ltd, after having served as Executive Director of MONI PULO Oil and Gas, for many years until 2004 when he opted out to try his hands in many ventures as a youth.

Severally since 2003 political dispensation, he had aspired to the seat of Governor of Rivers State. He has a noble intention to bring development to Rivers state and that aspiration and burning desire has not died. Instead, it has kept his dreams alive at each election year. He believe that his good people of Rivers State would someday find him worthy to serve them in that capacity.

Away from his political aspiration and back to the estate in Lagos. GREYSTONE TOWER a 19-floor project and its illuminating high-rise has changed the face of real estate in Ikoyi are of Lagos.

Greystone Tower occupies 1,110 square meters and the main contractor that handled it is Dori Construction & Engineering Ltd. The parking section of the building takes first to fifth Floors, being sedan cars of office users and that of service users all will fix their cars on the first floor to the fifth floor. The 6th-floor houses an area of 506 square meters are Café and Restaurants with a Gym section too. Each flat size remains 100-to-150 square feet.

From the 7th floor to The 16th are expansive offices all found in 10 floors tastefully furnished for any company’s comfort as found overseas. For those who want to have relaxation or accommodation, the 17th Floor has en-suite luxury Four 3-Bedroom Pent-House apartments as commercial executive residences, indeed, it occupies the entire floor.

The Port Harcourt Big Boy exhibited his experience in Real estate projects when he dedicated the 19th floor, especially for a Rooftop and skyline Lounge with enough sunshine and oxygen to supply the comfort only nature can guarantee.

The entire Greystone Tower has a 24/7 security and fire fighting system. There is a standby Electricity Generating set that assures 24/7 power supply to the luxury environment it always has a surveillance system that secures the lives and property of users and lodgers.

If you think that the rent comes expensive, wait until your inquiry receives a swift response as all the floors come with 2 HVAC Systems and rent of $700 per square Meter with a gross and net lettable space of 1,119 square meters and 923 square meters respectively. The Four 3-Bedroom apartments are specifically for sales on concessionary occupying an entire floor.

Not done yet, there is a helicopter landing arena on the top floor that provides services for the people on the move and all structural materials come with steel provided with an exquisite view of the Atlantic Ocean. Already, the Corporate Headquarters of Platform Petroleum Development Company Limited has taken up office space in Greystone Towers.

The great thing about GREYSTONE TOWERS is the role played by the Lagos state government in estate development. First, is the fact that successive Government has a well laid down Master plan for various zones in the state and when High Chief Dumo Lulu-Briggs wanted to put up only a 15-Floor tower in Idowu Taylor Street, the Lagos State Town Planners Office told him point-blank that the area has been designated for 19-Floors projects, that was how he quickly ran back to his engineers and architect for redesigning exercise and all came up with this 19-Floor GREYSTONE TOWER. Shining in the skyline is this project, which has no other competitor except 28-Floors Total-Fina-Elf Building which stands as the tallest building in Lagos followed by GREYSTONE TOWER a torchbearer of Port Harcourt- born, High Chief Dumo Lulu-Briggs. In Port Harcourt, his home base, High Chief Dumo Lulu-Briggs is seriously helping in bringing new investment to real estate development, which many people are not yet acquainted with as he is not a noisemaker, but a believer in doing his things one step at a time. This Idowu Taylor Street Victoria Island Lagos Greystone Tower is a remarkable investment that signals what he can do in bringing in fellow investors into Rivers State should he be given the opportunity to be Governor of the State come 2023.

How We Set Up Arc-View Investments Ltd...