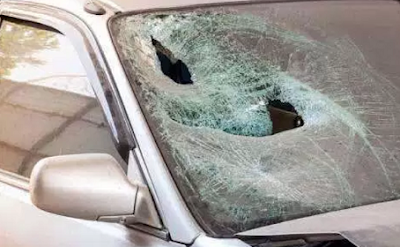 Suspected thugs have attacked the presidential campaign office of Atiku Abubakar in Katsina State.
The office, situated along Dandagoro road, Batagarawa Local Government Area of the state was attacked on Saturday night.

Premium Times learnt that the thugs stormed the premises around 8.00 p.m. armed with weapons.
They smashed windscreens, side mirrors and bodies of vehicles parked within the premises of the campaign office.

The attack occurred hours after the Peoples Democratic Party (PDP), North-west held a zonal rally in the state.

The donor of the campaign office, Masa’udu Abdulkadir confirmed the incident, adding that it was the handiwork of “enemies of progress”.

‎No life was lost during the attack neither was anyone injured.

No among of Buhari, APC and APC/Buhari supposed thugs can stop a moving train.
2019 is the time for the real change in Nigeria….
#Atiku2019