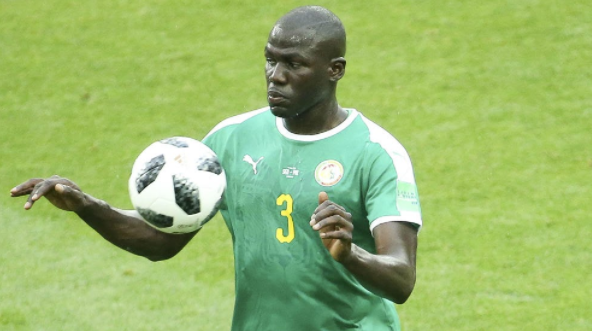 Africa’s premier sporting tournament, the Africa Cup of Nations, kicks off in January 2022. The competition will feature two debutants, Gambia and Comoros. But the attention of Africans and many football fans outside the continent will be bolted on a very different set of teams. Or rather, the stars within them, who will come from the most significant leagues in the world, be it the Premier League or Serie A, to represent their countries and fight for the title of the strongest.

Let’s look at who you should be keeping an eye on at AFCON 2022 and who will be giving your team the most significant edge in the final stages of the tournament in Cameroon.

Before moving on to the Chelsea goalkeeper himself, it is worth noting the entire squad picked up from Senegal for this tournament. Anyone, who would like to spice the experience of watching the matches a bit would pick this team at https://bookmaker-ratings.com/ as the main betting option. The defence will be led by the impenetrable Kalidou Koulibaly: the long-time leader of Italian Napoli, a regular transfer target for top clubs, and captain of the national team. Above him is Idrissa Gueye. This central defensive midfielder from PSG is terrific at rebounding the ball and initiating attacks. Sadio Mané and Ismaïla Sarr, familiar to all Premier League football fans. The Watford player has played 11 games this season and scored four goals.

With a national team like this, Édouard Mendy can be as successful as at club level in London. If, of course, he performs at his best at the AFCON.

Egypt’s national team cannot boast the same big names and rely on a well-oiled team game, unlike Senegal. However, when you have Mohamed Salah on form, you can sometimes count on a bit of magic on the pitch.

The Egyptian is now at his best in years and is reminiscent of Lionel Messi in his ideal seasons. Back then, the Barcelona legend could take the ball, beat the defense, and score on his own without the help of his teammates. That must be the kind of magic Salah needs right now if Egypt is to finish in the top three at the tournament.

As Wilfried Zaha may not come to the national team due to health concerns, another Premier League player, Nicolas Pépé, representing Arsenal, will be here. His purchase was a kind of burden from which the Ivorian could only get rid of in his second season playing for the club.

The Ivory Coast national football team has many talented dribblers, apart from the two players mentioned above: Gervinho, Jeremie Boga, Sébastien Haller. Their talent is so great that the squad sometimes resembles the golden Brazil generation with Ronaldo, Ronaldinho, Cafu, Roberto Carlos, and Rivaldo. That team managed to win two World Cups in 1994 and 2002. Whether the players from Ivory Coast can challenge for the Africa Cup of Nations title is up to them.

Players to watch at Africa Cup of Nations was last modified: November 22nd, 2021 by Reporter

WHY PRIMATE AYODELE REMAINS A PROPHET NO...