Home News Police arrest Female cultists, 7 others during initiation into ‘One Million Boys’ in Lagos
News

Police arrest Female cultists, 7 others during initiation into ‘One Million Boys’ in Lagos 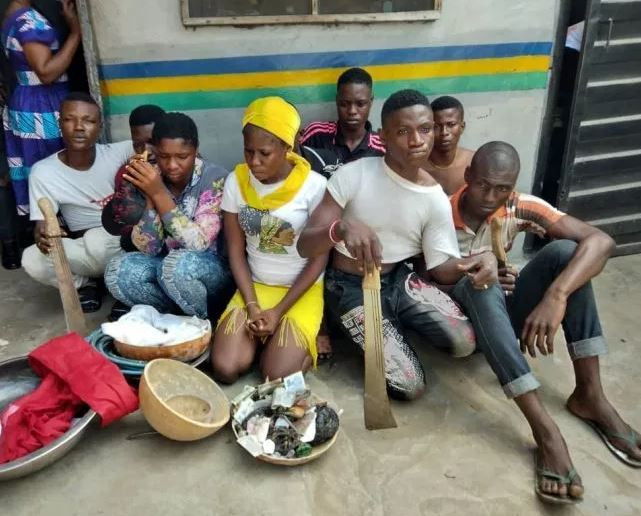 The Lagos State Police Command has confirmed the arrest of eight suspected cultists, including a female while being initiated into a dread cult group, called ‘One Million Boys.’

He disclosed that eight suspected members of One Million Boys Confraternity during initiation exercise were arrested. He said the suspects were arrested at No.15 Alado Street Shibiri where they were being initiated into the cult group by one Yusuf Abu, 20.

According to Elkana, three sharp cutlasses, a fetish calabash with dangerous ‘juju’ and weeds suspected to be Indian hemp were recovered from them, adding that suspects were charged to Court and remanded in prison custody ue

Police arrest Female cultists, 7 others during initiation into ‘One Million Boys’ in Lagos was last modified: August 19th, 2019 by Reporter