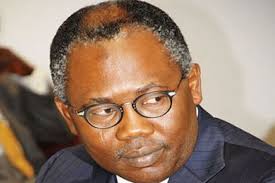 A team of policemen on Friday afternoon raided the country home of Mohammed Bello Adoke, former attorney general of the federation, in Okene, Kogi state.

TheCable understands the team, made up of over 20 police officers, arrived the home of the senior advocate with a search warrant from Abuja.

They were said to be looking for money and unspecified documents in septic tanks as well as underground water tanks.

After searching the house for two hours, sources said, they did not find anything and promptly asked the guards on duty to sign a form confirming that they did not take anything away.

They arrived at 3 pm and left after 5 pm.

The Economic and Financial Crimes Commission (EFCC) is currently on the trail of Adoke, whom they accused of misleading the federal government in approving the transfer of OPL 245 from Malabu Oil and Gas Ltd to Shell and ENI for a fee of $1.3 billion, including $210 million signature bonus paid to the federation account.

He is also accused of money laundering, but the former attorney general has denied the allegations, maintaining that he is being witch-hunted.

This is the fourth search by security agencies, with previous ones carried out in The Hague, Kano and his brother’s house in Okene.

This is the first time police are leading the raid.

EFCC carried out the other two raids in Nigeria, although it was reported that nothing was found.