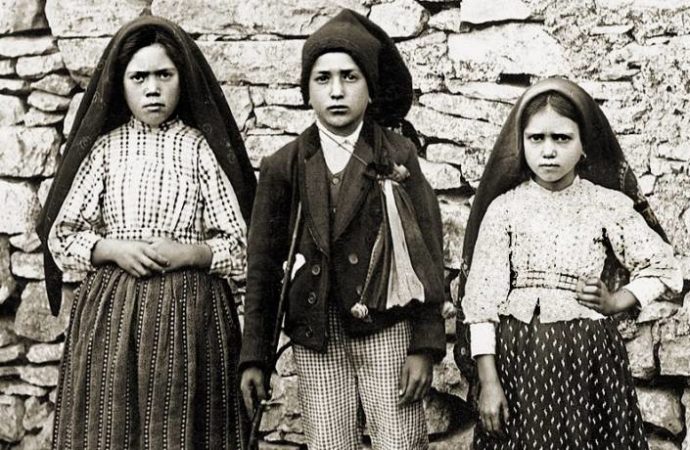 Two of the three child shepherds to whom the Virgin Mary supposedly appeared in Fatima, Portugal, a century ago will be declared saints on May 13, Pope Francis announced, on Thursday.

The canonisation of Jacinta and Francisco Marto will take place during the Argentine pontiff’s visit to one of Catholicism’s major pilgrimage sites.

The trip has been timed to mark the 100th anniversary of the first reported apparitions of the Virgin who, according to Catholic tradition, shared three major prophesies with the children.

Jacinta was seven at the time, her brother Francisco was nine and their cousin, Lucia, was 10.

The siblings both died before reaching adolescence and are buried at the Sanctuary of Our Lady of Fatima.

They will be the youngest non-martyrs to be canonised in the history of the church.

After her first visit, the Virgin Mary is said to have appeared to them several times over a six-month period, always on the 13th.

This prompted thousands to gather on the spot on October 13, 1917, with several witnesses saying they had seen the sun “miraculously” dance in the sky.

Their cousin Lucia joined a convent. In 1941 she said she and the siblings had been given three secrets by Mary; the first was a vision of Hell and the second was a warning that another, more devastating war was looming — the Second World War.

The third secret she kept to herself for years, before finally being persuaded to write it down and it was delivered to the Vatican in 1957.

Finally published in 2000, it described a vision that was believed — with its depiction of the death of a man robed in white — to have been a prophecy of the 1981 assassination attempt on pope John Paul II.

Francis, 80, will be the fourth pope to visit the Fatima shrine, after Paul VI, John Paul II and Benedict XVI.