Popular Fashion Designer Vivienne Westwood Reveals She Bathes Once a Week, Her Husband Once a Month 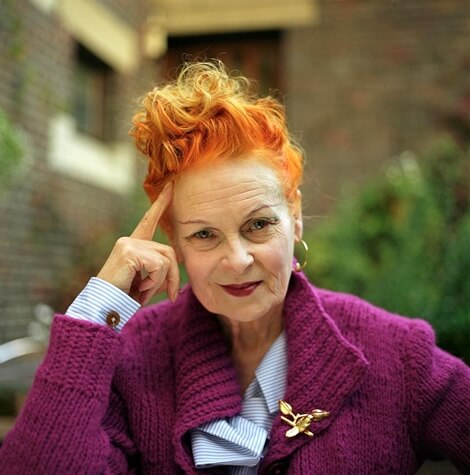 The 76-year-old designer, British fashion designer and businesswoman, Dame Vivienne Westwood, who is largely responsible for bringing modern punk and new wave fashions into the mainstream, has revealed that she bathes only once a week and credits her youthful appearance to that fact.
Speaking after her husband, Andreas Kronthaler for Vivienne Westwood SS18 show during Paris Fashion Week, she said that if people want to maintain a youthful-looking skin, they shouldn’t “wash too much”.
She reveals she bathes only once a week and her husband bathes once a month, says it’s her secret to looking young.
Her husband agreed with her, saying: “She only takes a bath every week… that’s why she looks so radiant”, adding that he only bathes once a month. Vivienne Westwood, who is one of the most famous environmentalists, has previously spoken about her water-saving approach to washing.
She said: “I just wash my bits and rush out in the morning and more often than not get in the bath after Andreas.”
In a 2014 campaign for Peta, Ms Westwood said she became a vegetarian not just because the meat industry is the ‘worst polluter of the planet” but because it also “squanders most of our water”.
Popular Fashion Designer Vivienne Westwood Reveals She Bathes Once a Week, Her Husband Once a Month was last modified: October 5th, 2017 by Arinze Ago

Catalonia to Declare Independence from Spain on Monday – Govt. Official

5 Things You Can Do With Google Search